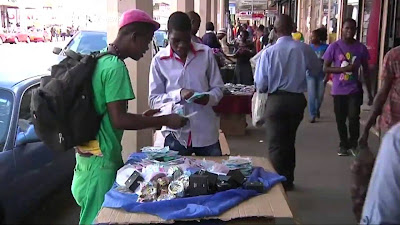 BY STAFF REPORTER
World Bank representative in Zimbabwe, Johannes Herdeschee has said while the country faced a myriad of problems, fiscal deficits, which have ballooned to 10% of gross domestic product, were the biggest threat to macro-economic stability.
Herdeschee said this while presenting at a public seminar titled Breaking New Grounds in Agricultural Financing in Zimbabwe: The Use of Alternative Collateral and Risk Sharing Mechanisms in the capital on Friday.
“It is fiscal policy that got us to where we are,” he said.
“The deficits are large and it is very important that each dollar be spent as efficiently and effectively as we can.
“Policy advisers should be worried more about how we spend our money.”
The World Bank representative said Zimbabwe should bite the bullet and implement austerity measures to improve macro-economic conditions.
“We should look closely at where the money goes. Fiscal adjustment is important and let’s make it as less painful as we can,” Herdeschee said.
Zimbabwean authorities have relied heavily on the use of Treasury Bills to fund budget deficits and, by central bank’s admission, they have issued more than $2 billion TBs since the beginning of the year.
President Robert Mugabe, for political reasons, last year diverted more than $500 million to agriculture through syndicated debts from the private sector.
“Fiscal deficit is more than 10% of GDP. It is the growth from 3% to 10% in 2015 that contributed massively to fiscal deficits,” Herdeschee noted.
Zimbabwe, since 2013, has been involved in discussions with multilateral financial institutions, particularly the World Bank and the International Monetary Fund.
However, the discussions have borne little fruit, as the Mugabe government is reluctant to implement the suggested austerity measures now that his eyes are fixed on the 2018 elections.