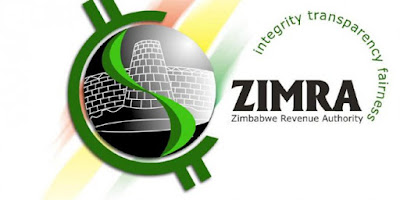 BY OWN CORRESPONDENT
Clearance of goods at the country’s border posts has reportedly been at a standstill since Friday following a technical hitch with the customs and excise department’s automated system, also known as Asycuda.
Scores of trucks were stuck at Beitbridge and other ports as shipping agents resorted to manual clearance of goods.
Zimbabwe Revenue Authority (Zimra) spokesperson Canisio Mudzimu confirmed the glitch in a statement yesterday, saying the problem had since been rectified.
“The technical problem was caused by some power outages, which affected part of Asycuda World’s functionality. However, urgent maintenance work is being conducted in collaboration with the United Nations Conference on Trade and Development consultants,” Zimra said.
“As you appreciate, Asycuda World enables clients to submit their customs documents to Zimra from anywhere in the world provided that one is registered with the authority and there is Internet connectivity at the place from which one will be transacting. Asycuda World enables pre-clearance of goods, which entails that importers can clear their goods before arrival at the port of entry as a way of facilitating smooth flow of cargo. Where the goods would not have been pre-cleared and the system is down, a business continuity process will be evoked to facilitate trade,” said Zimra.
But truck drivers at Beitbridge Border Post complained that the fault had negatively affected them.
Shipping and Forwarding Agents’ Association of Zimbabwe chief executive Joseph Musariri called on Zimra to timeously communicate with stakeholders when facing connectivity challenges.
“We appreciate Zimra’s system which has made our job easier, but their network is not reliable and develops faults regularly,” he said.
“We only urge Zimra to come public when such problems occur because there is confusion between us and our clients waiting for their goods,” he said.
South Africa, whose customs and excise system is well-oiled, kept releasing trucks whose numbers kept swelling because they were not being released at the same speed as they came.