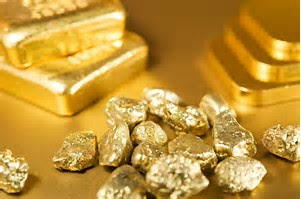 ​
BY KUNDAI MOYO
A total of 60 tonnes of gold was reportedly smuggled out of the country by gold dealers who sought higher prices for the precious mineral, it has emerged.
Acting chief mining engineer in the Ministry of Mines, Tapererwa Paskwavaviri said during the last mining period which he did not specify, government received a paltry 25 tonnes of gold as the bulk was smuggled out of the country and destined for other market, particularly South Africa.
Pasikwavaviri said this while addressing various stakeholders including traditional leaders, mine owners and employees, at a mining consultative meeting in Kwekwe recently.
"As a ministry we are saying, if everyone allowed to handle gold it seems to end up in the wrong hands. It is not handed over to Fidelity were it is supposed to, but instead it is smuggled out of the country," said Pasikwavaviri.
Zhombe Chief Weight Gwesela said everyone was entitled to be in possession of gold since it was a precious national mineral.
His Silobela counterpart Chief Ntabeni accused the Mines ministry of ursurping the role of traditional leaders in the controlling of the mineral.
"Chiefs have a role to play to protect the gold found in their jurisdiction. I should have a say in the way the gold is mined and eventually sold, but your ministry overlooks our role as chiefs. I, therefore, think if you involve us in the matrix,  not much gold will be smuggled," said Chief Ntabeni.
Another traditional leader, Silobela's Chief Malisa blamed Fidelity's monopoly as the sole buyer of the mineral saying this spawned corruption.
His sentiments were echoed by Zibagwe Rural District Council chairperson, Chamunorwa Zvichamira who called for the decentralisation of gold buying and do away with bureaucracy as it promotes vice in the gold sector.
Zvichamira said councils should be given a mandate to control the mining and sale of gold for the benefit of local communities where the mineral is found.
Government is carrying out consultations with a view to amend the Gold Trade Act as well as the Precious Stones Act that were last reviewed in 1972.
Government seeks to tighten laws governing possession and transportation of the mineral to avoid smuggling.
Currently, Section 3 of the Gold Trade Act states that only four people; mine owner, employee, agents and buyers were permitted to be in possession of gold, as long as they were armed with proper documentation.
While officially opening Parliament recently, President Robert Mugabe called for the protection of natural resources and expressed displeasure over the increased leakages of minerals. BUSINESS