Army to build school in Mbalabala 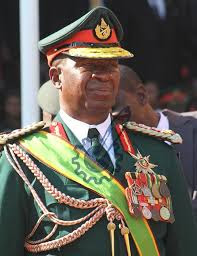 ​
BY STAFF REPORTER
The Zimbabwe National Army (ZNA) is constructing a secondary school in Mbalabala as part of its social responsibility, a top-ranking official has said.
Speaking during a tour of the institution, ZNA Commander, Lieutenant General Philip Valerio Sibanda, said the army, as responsible public servants, should champion development of communities to build a better citizenry for the future.
The army boss said the school was meant to alleviate the long distances travelled by learners to the nearest school in the area.
Primary school pupils from the area were being forced to travel at least 10km to the nearest institution, a situation that prompted the local community to approach the former chairperson of the ZNA schools board, the late Dr Sikhanyiso Ndlovu for help.
Construction of the Mbalabala Secondary School was then started through the assistance of different partners.
Mbalabala School of Infantry Commandant, Colonel Posa Dliwayo Masaka revealed that $78 000 had to date been used in the setting up of the three classroom blocks that have so far been built.
A local company, Bakers Inn has also chipped in with a donation to take over the construction of 2 classroom blocks worth US$30 000 according to the company's sales and marketing executive, Caleb Musodza.
A representative of the community, Dubekile Zololo hailed the assistance rendered to them by different players in providing better education to their children.
The school which lies on a 25 hectare piece of land is anticipated to be fitted with state-of-the-art facilities.
The pupils will also be exposed to various activities to ensure they compete fully with others from other parts of the country. EDUCATION