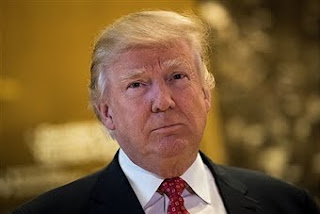 ​Donald Trump's first speech at the United Nations has been denounced by some of the member nations he singled out for criticism.
The US president included Iran among "a small group of rogue regimes", and said the US would "totally destroy" North Korea if forced to do so.
In response to the unwarranted attack, Iran's foreign minister said: "Trump's ignorant hate speech belongs in medieval times", and not the UN.
North Korea has yet to respond to the president's threat of destruction.
Trump's speech laid out a vision for a world filled with sovereign states which worked for the betterment of their citizens, but he spent large portions targeting what he called "rogue nations" which are "the scourge of our planet today."
Washington has repeatedly warned North Korea over its weapons tests, which violate UN Security Council resolutions.
On Tuesday, Trump criticised North Korea's leader, Kim Jong-un, saying: "Rocket man is on a suicide mission."
"If (the US) is forced to defend itself or its allies, we will have no choice but to totally destroy North Korea," he added.
Reuters news agency said one audience member covered his face with his hands, and that loud, startled murmurs filled the hall in response.
Swedish Foreign Minister, Margot Wallstrom, who was observed crossing her arms, told the BBC: "It was the wrong speech, at the wrong time, to the wrong audience."
The American leader called on "the righteous many" to confront "the wicked few."
In his speech, he called Iran "a corrupt dictatorship behind the false guise of a democracy" whose "chief exports are violence, bloodshed, and chaos."
He called the 2015 nuclear deal between Iran and world powers "one of the worst and most one-sided transactions the United States has ever entered into." President Robert Mugabe this week joined world leaders and dignitaries from 193 countries at the 72nd Session of the United Nations (UN) General Assembly in New York, United States, as they seek solutions to pressing global challenges affecting the people.
President Mugabe, who is accompanied by First Lady Grace, Foreign Affairs minister Simbarashe Mumbengegwi and other senior government officials, was seen off at the Harare International Airport by Vice President Emmerson Mnangagwa and service chiefs on Sunday.
Mnangagwa is the acting president.
Meanwhile, official media reports from Zambian said the country's Head of State, Edgar Lungu, an ardent advocate of peace, was expected to give Zambia's national statement and perspective on global problems such as poverty, hunger, climate change and conflict.
President Mugabe and Lungu and other leaders will be meeting for the first time under new UN General Secretary Antonio Cuterres who replaced Ban ki-Moon in January this year.
Zambia's Ministry of Foreign Affairs permanent secretary Chalwe Lombe said a tight schedule awaited President Lungu.(Reuters/STAFF REPORTER)INTERNATIONAL