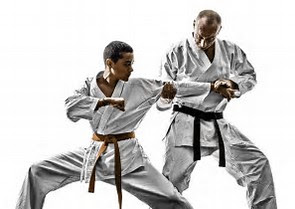 ​
SPORTS DESK
Spectators were last weekend treated to thrilling karate action at the Firework Knockdown Tournament held at Kuwadzana 6 New Hall.
It is in such community halls where the likes of Shihan Samson Muripo emerged from before making a mark on the international stage.
Inspired by their mentors an emerging young crop is aspiring to become top karatekas.
The budding karatekas were part of the Firework Knockdown Tournament attended by United World Kyokushin Karate president, Abdul Ismail who was impressed by the level of talent  exhibited.
Kuwadzana Member of Parliament Betty Kaseke, who was guest of honour, confessed she was impressed by the talent on display and outlined the importance of promoting sport within communities.
Alicia Mufundisi was the top fighter in the girls' juniors with Marcus Patsika dominating in the boys' category.
Kudakwashe Chivandire was first in the ladies open while Gabriel Mukombera topped the men's open section.
It may have traditionally been viewed as a sport for the minority but events on the ground indicate karate is slowly growing into a sport of choice. SPORTS