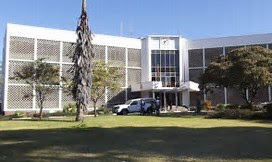 ​
BY KUNDAI MOYO
A by-election to choose a replacement for Kwekwe's Ward 5 Councillor Weston Masiya, who died a fortnight ago after a long battle with an undisclosed ailment, has been ruled out by the Zimbabwe Electoral Commission (ZEC).
Zec chairperson, Justice Rita Makarau said the Constitution did not allow for a by-election to be held with less than nine months to go to national polls.
"It is most likely that we will have to wait for the harmonised election in 2018 as there will be less than 9 months to go for the plebiscite," said Makarau in a telephone interview.
She said although the process had already begun, by the time the nomination court would have completed their logistics, it would be less than the stipulated timeline to allow the conducting of a by-election.
MDC-T's Masiya succumbed to an undisclosed ailment and was buried at Msasa Park Cemetry in Kwekwe.
Kwekwe mayor, Matenda Madzoke said his chamber had lost a dedicated cadre who served the city well.
"The gap left by Councillor Masiya will be hard to fill as he worked hard in everything he did. Even before he could fully recover, he gave it his all and attended council meetings which goes on to show how dedicated he was," said the mayor.
Masiya, known for his hard-talk during council meetings and was regarded as the party's chief whip in the chamber, was also an audit committee chairperson who contributed immensely to curbing corruption within the local authority.
His death comes hard on the heels of the city's deputy mayor, Aaron Sithole who died early this year after a short illness.
Sithole also of MDC-T party, has since been replaced by the ruling party's Asam Musa following a by-election leaving the opposition party depleted in terms of representation in council.
Sithole died soon after release from prison after he was jailed for public violence alongside Masiya who died 6 months down the line.
Before the deaths, MDC-T and Zanu PF enjoyed an equal share of seven councillors each party in the chambers.POLITICS