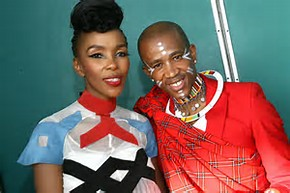 ​
BY ARTS REPORTER
This weekend will forever be ingrained in music lovers' minds when music greats converge in the rusty city of Kadoma as the gold mining town celebrates its centenary.
The weekend of September 28 and 29 will witness, for the first time ever, multi- award-winning South African duo Mafikizolo as well as Zimbabwean superstars Jah Prayzah and Oliver Mtukudzi sharing the stage.
To put icing on the cake, rising female sensation Diana Samkange and the enigmatic Tendai Dembo will also feature their acts. 2 Kings Entertainment are promoters of the gig.
Power FM will broadcast live the event.
The timing of the musical gala coincides with the Kadoma Agricultural Show, whose curtain closes the same day.
Mafikizolo has staged numerous shows in Zimbabwe, but this will be the first time that the group performs outside Harare or Bulawayo.
Odyssey Kadoma is the place to be and management are ecstatic to host the South African artists as well as Zimbabwe's finest in music.
This will also be the first time for Jah Prayzah to take the international collaborations outside Harare. All along, Hararians have been the ones enjoying the mega concerts. The Watora Mari and Sendekera concerts were both held at the Harare International Conference Centre featuring Diamond Platnumz and Mafikizolo, respectively.
Keen Mushapaidze, Jah Prayzah's manager and spokesperson, said expectations were high within their camp that this would be one of their major events in 2017.
"For the first time we are on an international platform on a show in Kadoma together with Mafikizolo. We have had the opportunity to perform for full houses in Kadoma and we look forward to an even bigger event considering the heights Mafikizolo has gone to," he said, adding: "With Sendekera doing so well on the charts and also during shows, we expect this to be one of Zimbabwe's biggest events for 2017 and we are happy for it to be in Kadoma."
And to make it a truly international occasion in the heart of Mashonaland West — Tuku as Dr Mtukudzi is adoringly referred to by his legion of fans, will belt out fresh tunes as well as golden oldies.
Tuku has promised to drop tracks off his forthcoming 66th album and judging by the great response they have been receiving at most of the gigs where he has sampled them, Kadoma will surely be lit up.
Coincidentally as well, this gig will come exactly a week after Samanyanga's 65th birthday celebrations at Pakare Paye Arts Centre in Norton. The event would also serve as a send-off as Tuku would be touring Botswana days after to perform alongside Franco. TOP NEWS