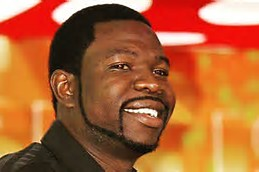 ​BY ELVIS DUMBA
Prophetic and Healing Deliverance (PHD) founder, Prophet Walter Magaya has partnered his namesake Mines minister, Walter Chidakwa in launching a sport tournament for Zvimba South bankrolled to the tune of over $5 000.
Chidhakwa is the Member of Parliament for the constituency.
The Mines minister said the sport tournament which has already secured $5 600 through a sponsorship from the PHD Church leader will see teams from each ward battle it out for the prize money.
Beside promoting sport development in the constituency the event will also support income generating projects being undertaken by women and young girls involved in sewing as teams would have uniforms done by them.
Speaking at a Zanu PF meeting in Zvimba South constituency's Ward 33 Chidhakwa recently,  said he hoped the tournament would help nurture young talent, especially those in rural areas who have been sidelined in other sport development programmes.
"We want to encourage the uptake of sports as careers to sustain livelihoods. I am demonstrating this through the launch of this sports tournament in the constituency to uplift our own talented youths," said Chidhakwa.
Chidhakwa said the event will be hosted annually. Dates for the hosting of the tournament were ye to be announced at the time of writing.SPORTS