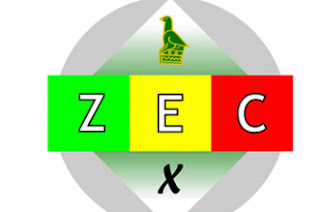 ​
BY KUNDAI MOYO/ JAMES MUONWA
MDC Alliance has slammed elections officers mainly from the youth ministry who have been recruited by the Zimbabwe Electoral Commission (ZEC) to register potential voters in the ongoing Biometric Voter Registration (BVR) exercise recently launched by President Robert Mugabe.
The registration exercise, which seeks to come up with a new voters' roll by next year, is part of a plethora of processes which includes voter education and documentation, lined up as the nation gears for the 2018 harmonised polls.
But MDC Alliance, comprised of different parties which seek to remove President Mugabe from power come elections, feel the programme was shambolic.
MDC Alliance's elections and reforms committee member, who is also People's Democratic Party (PDP) secretary for elections, Settlement Chikwinya, said the process should be stopped forthwith to give room for proper research to be conducted before the roll out of the programme.
"The secretariat chosen for the job is incompetent. At the rate at which we are going, I don't see us coping with the target of registering seven million voters before elections," said the outspoken former Mbizo legislator.
He added, "Given most of the people operating the state of the art BVR kits are green bombers and civil servants who one cannot regard as computer literate, they needed more than the one and half days of training for them to be able to operate these machines."
Chikwinya said it took him more than an hour for him to complete the process as the Zec officials failed to restore the machine which had lost signal, and said this showed lack of competence on the part of the secretariat.
He said government never capacitated Zec to carry out the process from the onset.
"Out of the acquired 3 000 BVR machines, only 400 are in use countrywide. This simply means that Zec is not yet ready to carry out this process and should wait until such a time when they put their house in order," he added
Using memory sticks as servers, Chikwinya said, is not a safe method of keeping information as vital as that to do with national elections.
"As the Alliance, and as PDP, we are therefore saying this must be stopped forthwith until there is proper training for the attendees, enough equipment and most importantly servers have been established," he said.
Chikwinya said the Alliance had since lodged a complaint with the courts to the effect of blocking the process from proceeding.
"As we speak, the issue is already before the courts where we are saying these issues need to be addressed as a matter of urgency before the restart of the normal process after the issues have been ironed out," said Chikwinya.
Meanwhile, Crisis in Zimbabwe Coalition (CiZC) said it was concerned with the apparent incapacity of Zec to administer a cedible voter registration exercise meant to create a new clean voters roll.
CiZC said it was worried by the inadequacies of the commission in ensuring a transparent voter registration process amid absence of easily accessible public information on the BVR process.
Zimbabwe was unlikely to conduct a credible electoral process in 2018, the body said.
"In light of the immense irregularities surrounding the process we call on the Zimbabwe Electoral Commission (ZEC) to urgently ensure public information is accessible and the BVR process is as transparent as possible as the first step in retaining integrity and trust building with election stakeholders and citizens," CiZC said in a statement.
"We have noted with grave concern that the voter registration process in urban centres is slow with ZEC indicating that they will only register 75 people a day in Harare. This runs contrary to plans of registering 7 million voters at the end of the six months period. In Harare on Tuesday 19 September, ZEC ran out of VR1 forms at Remembrance House, Mbare sending multitudes of citizens back home unregistered." LOCAL