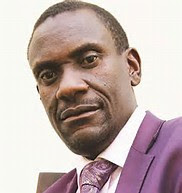 ​
BY OUR CORRESPONDENT
Vice President Emmerson Mnangagwa's unofficial top aide-de-camp, Owen Ncube is in an eye of a storm amid sensational allegations that he swindled the party of 8 000 litres of fuel in the run up to the Midlands leg of the Presidential Youth Interface rally.
The party's Midlands provincial executive has since launched a probe into the matter with a source revealing Ncube, popularly known as Mudha, was the main suspect being in-charge of fuel coupons for Gokwe district at the material time.
Contacted for comment, Ncube dismissed the allegations claiming they were the work of his enemies plotting his downfall.
"There is nothing like that, each constituency was given its own diesel and, therefore, I do not know where the 8 000 would have come from. It is a total lie, even if you ask our chairman (Cde Mackenzie) who dealt with fuel, there is nothing like that," said Ncube.
Although he could neither confirm nor deny the allegations, Zanu PF provincial chairperson, Daniel Mackenzie said an inquest had since been instituted to verify how the fuel was used, adding he was yet to receive breakdowns on how the fuel disbursed.
"We allocated fuel to all eight districts and as I speak, I am yet to receive a breakdown of how the fuel was used and I have since ordered that audit," said Mackenzie.
"I have since asked my deputy who was handling all the fuel issues to submit a breakdown of all the fuel allocations and schedules of how it was used," he added.
He said the law would take its course in case Ncube, who is also Gokwe- Kana MP, was found on the wrong side.
"As a province we received almost 70 000 litres of fuel. In the event that we discover that some of the fuel was looted, then we have no option but to allow the law to take its course," said Mackenzie.
A well-placed source said Ncube only distributed 2 000 out of the 10 000 litres that was allocated for use by Gokwe supporters who intended to travel to Gweru for the star rally.
"He (Ncube), distributed 2 000 litres before claiming that the remaining 8 000 was going to be set aside for any eventualities. When asked of the whereabouts of the fuel, he became evasive and started shouting and blaming members for looting the fuel," revealed the source.
He added; "We were left with no option as we had to report the matter to the chairperson. And I promise you that we are not going to rest until we get to the bottom of the issue. Even at our next provincial meeting, we are going to raise the matter."
Ncube is a well-known ally of the troubled Vice President who runs a vast of businesses in and around Kwekwe on behalf of the VP. TOP NEWS