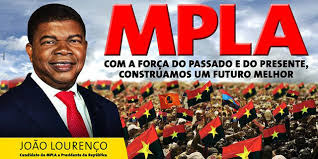 ​Vice President Phelekezela Mphoko Tuesday joined several African leaders who graced the inauguration of Angola's third president, Joao Lourenço (63).
Mphoko was representing President Robert Mugabe, who was reportedly dousing a raging economic storm back home after returning from New York where he had attended the United Nations General Assembly last week.
The colourful ceremony was hosted at the Agostinho Neto Memorial. The venue was packed by supporters of the Popular Movement for the Liberation of Angola (MPLA), victors of the August 23 election.
MPLA has ruled Angola since the country attained independence from Portugal in 1975. Also to take oath of office was Bornito de Sousa, who becomes the vice president.
Lourenço, who was defence minister, succeeds José Eduardo dos Santos. With his swearing in, the oil-rich southern African nation got a new leader in almost four decades.
The former Portuguese colony has had one president, dos Santos, for the past 38 years.
Lourenco will be Angola's first head of state to be constitutionally limited to serving two five-year terms, according to media reports.
Fellow African leaders who graced the ceremony included Jacob Zuma of South Africa, Hage Geingob (Namibia), Alassane Ouattara (Ivory Coast), José Mário Vaz (Guinea Bissau), Teodoro Obiang Nguema Mbasogo (Equatorial Guinea), Edgar Lungu (Zambia) and Paul Kagame (Rwanda).
Born in 1954, Lourenço grew up in a politically engaged family of ten children. His father, Sequeira João Lourenço (1923-1999), a native of Malanje, was a nurse and nationalist, who served three years of imprisonment for illegal political activity. His mother, Josefa Gonçalves Cipriano Lourenço (1928-1998), a seamstress, was a native of Namibe. He received primary and secondary education in Bié province and Luanda.
Lourenço studied at the Industrial Institute of Luanda and later participated in the liberation struggle in Ponta Negra, in August 1974, where he was part of the first group of MPLA soldiers to enter Angolan territory via Miconge, towards the city of Cabinda after the fall of the Portuguese colonial regime.
He began his military career fighting against the Portuguese in the Angolan war of independence and fought as a member of the MPLA in the Angolan civil war.
Lourenço conducted his training in artillery and then became a political officer in the MPLA. In 1978, he travelled to the Soviet Union and studied at the Lenin Higher Academy, where he furthered his military training and completed a master's degree in Historical Sciences. He later returned to Angola in 1982. Now an artillery general, Lourenço turned towards politics and in 1984 was appointed as Governor of Moxico province.
Lourenço's early politics were mainly confined within the MPLA as an officer responsible for keeping guerrilla soldiers' morale high. Following his appointment as Governor of Moxico in 1984, he continued to rise through the ranks of the ruling party. He also served as the provincial commissioner of Moxico for the MPLA, president of the Regional Military Council of the 3rd Military Political Region, First Secretary of MPLA and Provincial Commissioner of Benguela Province.
He was the MPLA's Secretary for Information from 1992 to 1997 and President of the MPLA Parliamentary Group in the National Assembly from 1993 to 1998.
At a party congress, he was elected as Secretary-General of the MPLA on 12 December 1998. His election was said to be linked to the favour of President Jose Eduardo dos Santos and it was thought that Lourenço could potentially succeed the long-ruling dos Santos at some point. However, after dos Santos said in 2001 that he would not seek re-election as President, Lourenço openly expressed an interest in becoming the MPLA's presidential candidate and thereby damaged his standing with dos Santos, who apparently had no real intention of leaving office.
Juilão Mateus Paulo succeeded him as MPLA Secretary-General at a December 2003 party congress.
Lourenço was First Vice-President of the National Assembly from 2003 to 2014. He was appointed as Minister of Defence in April 2014, and he was designated as Vice-President of the MPLA in August 2016.
In December 2016, the MPLA designated Lourenço as the party's top candidate for the 2017 legislative election, and therefore its presidential candidate.
Laurenco is married to Ana Afonso Dias Lourenço, a Member of Parliament of the MPLA and former Minister of Planning, who held a position at the World Bank in Washington until October 2016. They have six children.
(Staff Reporter/Online). INTERNATIONAL