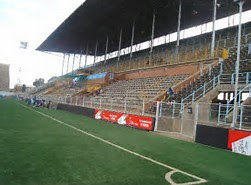 ​
SPORTS DESK
Calls for the renaming of the iconic Rufaro Stadium after legendary footballer, George Shaya are growing louder.
Harare City Council Mayor Bernard Manyenyeni last Friday added his voice to the proposal which has been ignited by various stakeholders when he challenged the city's councillors to consider naming the popular Mbare stadium after Shaya, who won the Soccer Star of the Year accolade a record five times.
Dynamos' greatest player of all time –Shaya was nicknamed "Mastermind" for his exploits on the pitch. Shaya is arguably the most talented player to have come out of Zimbabwe and could have plied his trade in the lucrative European league, had it not been that during his heyday Rhodesia was barred from export players.
Formerly known as the Number One Ground before it was refurbished by the Salisbury City Council in 1972 and renamed Rufaro, this is the stadium where Shaya made his mark.
Shaya, who turns 70 in October, and is now suffering from dementia at his home in Glen Norah, was part of the Dynamos side that played Rufaro Rovers during the official opening of Rufaro in 1972.
"With that in mind, I am grateful for the Glen Norah community for hosting, quite recently, a local reception for the best yesteryear soccer star, the Mastermind – George Shaya.
"He has been of frail health lately and on behalf of the residents of Harare, I wish him renewed  health.
"I invite public debate on the real possibility of naming this popular soccer stadium in his honour.
"I would be most humbled if such consideration takes place during his lifetime," said the mayor. SPORTS