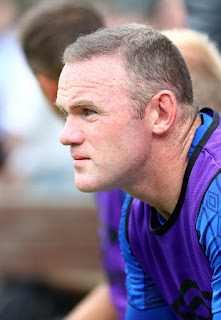 ​STOCKPORT: Wayne Rooney has been banned from driving for two years after pleading guilty to drunk driving.
The 31-year-old Rooney, who plays for Everton, was stopped by police while driving near his home outside Manchester earlier this month.
The former England captain entered his guilty plea at Stockport Magistrates' Court on Monday.
Rooney is the all-time leading scorer for England's national soccer team and for Manchester United.
He retired from the national team last month.
Rooney rejoined Everton, his first club, this season after 13 years at Old Trafford. He won one Champions League and five Premier League titles while at United.
Rooney was also ordered to perform 100 hours of unpaid work as part of a 12-month community order.(Sports24) SPORTS