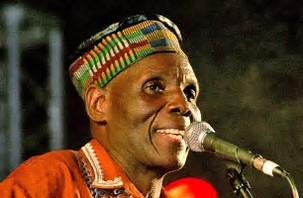 ​Mascom Live Sessions will bring local rhumba legend, Franco Lesokwane and Zimbabwean veteran musician, Oliver 'Tuku' Mtukudzi, together on stage for the first time ever on October 6, 2017 at Botswanacraft Marketing.
After combining the youthful ATI and South African jazz music legend, Sipho Hotstix Mabuse recently, organisers of Mascom Live Sessions have decided to assemble the legends this time around.
Speaking to Showbiz, Botswanacraft Marketing managing director, Oliver Groth said the aim was to bring these folk guitar legends together for an unforgettable experience.  He said Franco will be performing for the first time at Mascom Live Sessions and it would be an honour to host such a great artist.
"Mtukudzi will be celebrating his 65th birthday and we have been hosting him every spring season since 2009," he highlighted.
Franco is a great performer and has already shown that he is not done yet with his latest offering entitled Eya Le Nna Babilone. It is Franco's 15th album and it puts him up there with artists who have the most albums and his counterpart from Zimbabwe has recorded over 60 albums and toured the world. With Mascom Live Sessions having been branded as a live music festival, the Tipi Ya Mokwatla singer is master of live music and has one of the most energetic bands in the country at the moment.
Rhumba or kwasa-kwasa, as many love to call it, has been Franco, real name Frank Lesokwane's lifeline since his debut album Ke Lela Le Lona in 2001.  The man who later enjoyed success with albums like Ba Ntatola (2002) and Mamane Robala (2005) just to mention but a few has established his target audience despite the rise and popularity of other genres in the last decade. The former member of Les Africa Sounds and Nata Capricorn has toured southern African countries like Namibia and even produced successful groups like Rockas and the Animals.
As for Tuku, it is impossible to write down his achievements in such a short space.  His combination of southern African sounds like mbira, mbaqanga, jit and the korekore has created such a unique sound that has been respectfully dubbed 'Tuku Music'. Mtukudzi, who released his first album in the 1970s is no stranger to Botswana having performed every year since 2009 and all of the shows were sold out.
Some local artists like Charma Gal have already featured Tuku in their songs and the coming together of Franco and Tuku on the same stage might inspire a collabo for Franco, who is not well known for collaborations.(Mmegi)ENTERTAINMENT