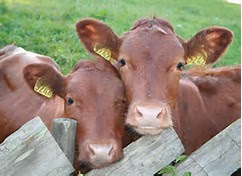 ​
BY OUR CORRESPONDENT
A local businessman is contemplating suing the Zimbabwe Electricity Supply Authority (ZESA) Holdings for negligence and dereliction of duty following the electrocution of his two cattle valued at $2 000.
Charles Mugabe, who breeds and fattens cattle for his butchery business in Banket, says his two beasts succumbed to shock after they got into contact with fallen overhead pylons at his Northern Banket farm on 17 October 2017.
Mugabe told NewsAnchor he lodged a report of fallen power lines with ZESA's subsidiary, the Zimbabwe Electricity Transmission and Distribution Company (ZETDC), in March this year and technicians attended the scene but promised to return to fix the poles which had fallen.
"The workmen said they would come back and put new poles after the rains had stopped but never returned. The power cables were dangling and as the rains persisted they continued to go down until they fell to the ground.
"Last week, that's six months later, my cattle came into contact with the live power cables and were electrocuted to death. Again, I reported the incident to ZESA which dispatched technicians who merely disconnected power, but did not bother to rectify the problem. This incident could have been avoided had ZESA acted on time," narrated the distraught farmer-cum-butchery owner.
The matter was reported at Banket Police Station who confirmed the incident.
When contacted for comment officials at ZESA Northern Region headquarters in Chinhoyi said they were still compiling "a detailed report" on the matter, before promising to furnish this newspaper with further information which they never did.
Efforts to get comment from ZESA Holdings spokesperson, Fullard Gwasira, were fruitless at the time of writing.
Mugabe said he was going to take legal action against the power utility if it continues playing hard ball.
"I am thinking of suing ZESA for causing this huge loss to my business concern due to their negligence and dereliction of duty. They should own up and compensate me for the loss than play ignorant," he said. LOCAL