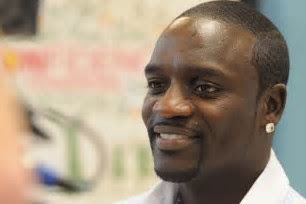 ​Akon
American singer, Aliaune Thiam Damala, better known as Akon, in partnership with the Mozambican association Machel Fidus, has agreed to inject US$50 million into a project to electrify rural areas in the central provinces of Manica and Sofala through solar power.
Machel Fidus describes itself as "a Mozambican non-profit organization, led by a strong-willed, sharp-minded, motivated and dynamic young team of entrepreneurs, which aims to promote and implement long lasting sustainable social development projects in Mozambique".
Its founder and chairperson is Malenga Machel, the youngest son of the country's first President, Samora Machel. Mozambique is the first southern African country to establish a partnership with Akon in the continent-wide project known as Akon Lighting Africa.
Minister of Mineral Resources and Energy, Leticia Klemens, launched the project in Maputo on 12 October. She stressed, "health, education and water supply systems need electricity, if they are to function, and the lack of electricity brings a low level of development".
Akon himself, who is of Senegalese origin, told the launch ceremony that Mozambique, like other African countries, needs a system of renewable energies, particularly in the countryside, which can create opportunities for young people.
Akon Lighting Africa is already being implemented in 11 countries, including Kenta, Senegal, Mali, Gabon and Guinea-Conakry.-Agency. ENTERTAINMENT