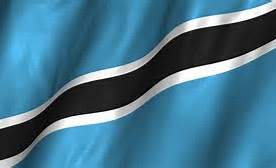 Botswana continues to be one of the least performing countries in Maths and Science internationally, the just-released Trends in International Mathematics and Science Study (TIMSS) suggests.
The study, by the International Standard Classification of Education, presented by the Botswana Examinations Council (BEC) this week, shows Botswana is the fifth lowest country in Mathematics achievement, while in Science performance, the country is third from bottom after Saudi Arabia and Morocco respectively.
About 57 countries participated in the study, and East Asian countries were the highest performing in both Mathematics and Science.
Presenting the findings, Dr Mbako Masole of the BEC research unit says ever since Botswana started participating in the study in 2003 to 2007, there has been a drop in performance.  He added that the TIMSS scale point is 500.
"Our performance on TIMSS was below par and even below the centre mark of 500.  And it has been established that our curriculum is at par with international standards, but our students performed inadequately on it as well," reads the report.
"Performance from 2003 to 2007 dropped from 366,2 to 363 for Mathematics while for Science it dropped from 364, 4 to 354, 5. In both 2003 and 2007 cycles, Form 1s were used.
Form 2s were used in the subsequent cycles and it is noteworthy that the declining trend continues even at Form 2 level," Masole adds.
The report further states that performance by Botswana continues to drop against improvement internationally, despite a number of interventions introduced.
The TIMSS results are not surprising, as national examination results for both Junior Certificate Examinations and Botswana General Certificate of Secondary Examinations have seen a steady decline over the years.
The study also found that girls outperformed boys in Maths and Science.-Mmegi-EDUCATION