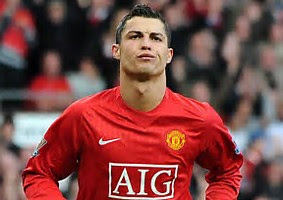 The nominees for the 2017 Ballon d'Or have been revealed. Cristiano Ronaldo is the big favourite to defend his crown — and match Lionel Messi's five trophies. The pair is expected to lead the running in 2017, although the likes of Neymar will hope to have a say.
France Football revealed their 30 nominees with the ceremony held in London later this month. Neymar, the world's most-expensive footballer was the first name announced, alongside Chelsea midfielder N'Golo Kante, among others.
Liverpool midfielder Philippe Coutinho has also been named among the first 10 nominees for the Ballon d'Or 2017, France Football has revealed.
The prestigious award, which was aligned with FIFA from 2010 to 2015, has been won by either Cristiano Ronaldo or Lionel Messi for the past nine years. Ronaldo picked up his fourth Ballon d'Or last year to move one behind Messi, and the Portugal and Real Madrid forward is odds-on favourite to make it five this time around. France Football has opted to stagger out the nominees, with Liverpool's Coutinho among the first 10 players to be announced.
Paris Saint-Germain's Neymar, Real Madrid trio Sergio Ramos, Marcelo and Luka Modric, and Barcelona striker Luis Suarez have also made the shortlist of 30. The Ballon d'Or is judged solely by a panel of journalists after FIFA and France Football ended their partnership in 2015.
In September, Cristiano Ronaldo, Lionel Messi and Neymar were nominated as finalists for the Best FIFA Men's Player award.
Here is the first list of the contenders;
Neymar (Paris Saint-Germain/Brazil), Luka Modric (Real Madrid/Croatia), Paulo Dybala (Juventus/Argentina), Marcelo (Real Madrid/Brazil), N'Golo Kante (Chelsea/France), Luis Suarez (Barcelona/Uruguay), Sergio Ramos (Real Madrid/Spain), Jan Oblak (Atletico Madrid/Slovenia), Philippe Coutinho (Liverpool/Brazil), Dries Mertens (Napoli/Belgium) — The Mirror. SPORTS