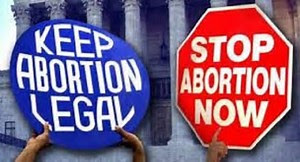 ​
Civil society organisations in Malawi have petitioned parliament to remove Section 149, 150 and 151 of the penal code saying they are contributing significantly towards the deaths of women in Malawi.
The 45 CSOs argue that the current abortion laws are outdated having been put in place by the colonial masters in 1861.
Abortion is only legal in Malawi to save a woman's life. Obtaining an abortion for any other reason is punishable by 7-14 years in prison.
The rights campaigners say Malawi politicians shun the repealing of the sections in fear of losing votes during elections.
However neighboring countries such as Zambia, Mozambique, Tanzania and South Africa managed to change their laws.
Deputy Director of Reproductive Health Directorate, Dr Owen Chakhwaza hinted on the need of reforming the laws in order to prevent deaths of the innocent women.
"We the CSOs meeting at Linde Motel call upon Malawi government to decriminalise abortion, provide access to safe abortion services and end stigma and discrimination towards women who choose to terminate unintended pregnancies," read the petition in part.
The CSOs argue that by decriminalising abortion, Malawi will be fulfilling her obligation as a signatory of the Protocol to the African Charter on Human and Peoples' Rights on the Rights of Women in Africa (Maputo Plan of Action) whose ultimate goal is for African Governments, civil society, the private sector, and all multi-sectoral development partners to work together in order to end preventable maternal, newborn, child, and adolescent deaths, expand contraceptive use, reduce levels of unsafe abortion, end child marriage and eradicate harmful traditional practices and eliminate all forms of violence and discrimination against women and girls.
"We would like to remind the government that continued criminalisation of abortion mocks the commitment Malawi made by signing and ratifying the Protocol. The criminalisation of abortion and the failure of women and girls in Malawi to access quality abortion services is a violation of the rights to non-discrimination, to privacy, and to make decisions about one's own body, and constitute torture or ill-treatment"
The CSOs observe that unsafe contributes up to 18 percent of maternal deaths in Malawi.
Centre for Solution Journalism Executive Director, Brian Ligomeka says desperate women in Malawi still use crude objects such as cassava sticks and sharp objects to perforate their private parts as they attempt to induce abortion.
According to Ligomeka, this is sad considering that in countries where abortion is legal, all it takes for women to induce abortion is sometimes just four tablets of such medicine as misoprostol.
"It is against this background that we urge the government to immediately enact the new Termination of Pregnancy law as is recommended in a report which a Special Law Commission has presented to Malawi government," said Ligomeka
The report contains the final findings of a two-year review of the Malawi abortion law conducted by a Special Law Commission whose members were representatives from diverse backgrounds including the Ministry of Health, the Judiciary, faith and traditional leaders, the Law Society, the Ministry Justice and College of Medicine.
Malawi's maternal mortality ratio remains one of the highest in the world–574 maternal deaths per 100,000 live births in 2014–and maternal deaths present a major public health challenge for the country.
The majority of induced abortion procedures in Malawi are performed under clandestine and unsafe conditions. Complications from abortions have been estimated to account for between 6% and 18% of maternal deaths in Malawi.
A national debate is currently under way on whether or not to liberalise Malawi's abortion law by providing more exceptions under which an abortion could be legally obtained.
In Malawi, an estimated 141,000 abortions were performed in 2015. This number translates to a rate of 38 abortions per 1,000 women aged 15-49.-Online. INTERNATIONAL