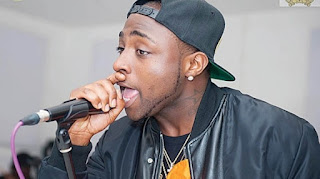 ​Davido is expected to perform in Botswana on 28 October

The failure by Nigerian music icon, Davido to make it to popular musician Jah Prayzah's album launch last Friday failed to dampen the gig which was full of electrifying performances.
The Harare International Conference Centre (HICC) was packed as loyal fans of the lanky musician came to witness the launch of his eighth studio album, 'Kutonga Kwaro.'
Internationally-acclaimed superstar, Oliver Mtukudzi and enigmatic Winky D lived up to their billing as Zimbabwean's finest, a development that made up for Davido's no show despite that the Nigerian had already been paid a cool $90 000.
Also among the supporting acts were Ba Shupi, Zambia's Mampi who blew away the crowd to Jah Prayzah's collaboration with Nigerian afro pop songstress Yemi Alade. Upcoming afro jazz singer Mbeu, MTM's Nutty O and Exq were also among artistes who did their thing. Andy Muridzo did justice to the almost 20 minutes he was slotted, belting out hits 'Dherira' and 'Zvidhafu' much to the excitement of his fans.
The atmosphere was made more fun when comedian Samantha "Gonyeti" Kureya was tasked with introducing the guest of honour, controversial businessman Wicknell Chivayo who went on to buy the first copy of 'Kutonga Kwaro' for $10 000. 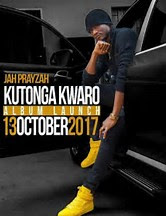 The burly business mogul gave an extra $2 000 cash to Jah Prayzah's wife as a token of appreciation "for looking after the musician."
For close to an hour , music legend Oliver 'Tuku' Mtukudzi serenaded the appreciative crowd with songs such as 'Madiro', 'Ndakuvara'  and 'Bopoto'.
Meanwhile, Nigerian artist, Davido will perform in Botswana monthend after cancelling a number of his shows recently due to the role he is playing in the investigations of his three friends' deaths. Event promoters of the St Louis Fresh Festival have confirmed that he will be performing in Botswana on 28 October 2017.
After cancellation of his performances in Zimbabwe last week and Nigeria due to the ongoing probe many have wondered if he will be able to come and stage his much-anticipated performance at the St Louise Fresh Festival.
Two of his friends DJ Olu, Tagbo Umeke and Chime died mysteriously in the past days. DJ Olu and and Chime were found dead in a car just days after Tagbo, who is believed to have died from overdosing on alcohol after taking 40 shots of whiskey at a club.
Some have accused Davido of being linked to the mysterious deaths of his friends while he is also trying to find justice for himself.
"Kgalagadi Breweries (Pty) Ltd (KBL) is aware of certain social media reports casting doubt on whether our star attraction, Davido will be performing at the St Louis Fresh Fest … (we ensure) followers that indeed their favourite artist and award-winning Davido will definitely be performing at this year's St Louis Fresh Festival at Duma Grounds on October 28, (sic)" read a press statement that was shared on the St Louis Lager Facebook page.
A source at the KBL mentioned that the brewery company spoke to Davido's team after he cancelled some of his performances in the past days and upcoming shows too. The most shocking cancellation was in Zimbabwe where the promoters of the event reportedly paid him $90,000.
The sources said that Davido had to cancel his shows last weekend because he was still mourning the passing away of his friends.
The musician's legal team has also released a press statement stating that the police have not found him guilty, but he is assisting with the investigations.
Davido's performance in Botswana was highly anticipated by many urbanites, especially after now when he has released a number of hits such as 'Pere', 'If' and 'Fall', which have been having a high rotation on different platforms.
For the endowed Davido loyalists, you can hit the long drive to Botswana and have a date with your favourite artiste, while for those with shallow pockets, you have to live another day to watch the superstar on Zimbabwean soil. Whenever that will be!
Meanwhile, the event organisers have also announced a star-studded line up of artists that will be supporting the main act, Davido. The line-up consists of artists such as Nasty C, Sasa Klaas, ATI, Vee, Veezo and Mr O.-Online/ Arts Reporter. ENTERTAINMENT