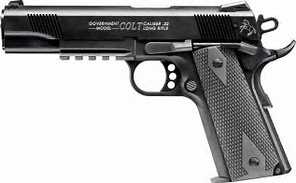 ​
BY OUR CORRESPONDENT
A Zanu PF district chairlady from Banket tried to commit suicide by drinking an overdose of pills following an altercation with her son, allegedly employed by the Central Intelligence Organisation (CIO), who pointed a gun demanding that she reveals the 'real' identity of his biological father.
The woman, identified as Kaseke, who refused to give her first name, tried to end her life after her son, Ricardo Washeni, threatened to kill her, accusing her of lying on his father's identity.
Kaseke was recently rushed to Banket District Hospital where she was discharged a day later.
According to close friends and relatives, Washeni had all along been made to believe that the now deceased man only identified as Timothy from next door was, infact, his biological father.
But to his shock, Washeni recently discovered that the said neighbour, who had had an illicit love relationship with Kaseke many years ago, was actually not his father.
Washeni, who is a government spy working in China's Zimbabwe Consulate, only discovered the "truth" after his mother tried to sneak his name in the estate of the late neighbour in a bid to get a part of the deceased's inheritance as she was reportedly targeting the house.
It is reported that after sensing Kaseke's ill-intentions, Timothy's relatives spilled the beans to Washeni over his paternity and that he was not part of their family.
"They told him to ask his mother, whom they said had had an affair with the late man when she was already pregnant with Ricardo who is now in his early 30s," a source told NewsAnchor.
"What happened is that Ricardo got angry after he discovered that the man he was made to believe was his father was in fact merely his mother's boyfriend. This was after Kaseke tried to get her son to be part of the estate of her former lover claiming that Ricardo was supposed to get the house, to which the relatives of the deceased objected. They knew all along his real father and challenged Washeni to confront his mother over the real identity of his dad," the source said.
Ironically, Washeni, who was recently in Zimbabwe had reportedly just bought his mother a house in one of Harare's leafy suburbs which he intended to hand over to her before returning to his China base.
Washeni is said to have sneaked out of the country immediately after threatening his mother with death by pointing a gun at her, leading to her attempting suicide and being hospitalised.
A close relative said Washeni got to know about his biological father whilst he was still in secondary school at  Kuwadzana High until the time his mother tried to force him to demand a part of the estate belonging to her deceased next-door lover.
Washeni declined to comment on the issue saying it was a family matter that did not warrant media attention.
Washeni gained notoriety for allegedly causing the arrest of opposition Movement for Democratic Change (MDC-T) members accused of recruiting candidates destined for military training in Botswana. The group included Concilia Chinhanzvavana, who is currently a proportional representation Member of Parliament, her husband and their son, then aged 2-years-old.
"That is what happened. If you teach your own child to kill innocent people, actually they will one day be capable of killing their own mother. This shows that the regime can turn you into a murderer," said Eliot Jim, a relative of slain MDC activist, Joshua Bakacheza, who was reportedly sold out at his hideout by Washeni after he managed to 'sweet-talk' his younger brother, who was also his friend, to reveal Bakacheza's whereabouts. LOCAL