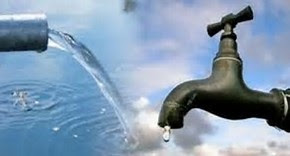 ​
Harare City Council's proposal to hike water charges for domestic use has provoked a strong reaction from residents already struggling to settle their bills. In its $319, 5 million budget for 2018, council proposed to increase water charges for high-density suburbs to 70 cents from the current 25 cents for 1-10 cubic metres.
For 11-20 cubic meters, the charge rises to 80 cents from 50 cents and for water above 20 cubic metres council proposes an increase to a $1 from 75 cents. For low-density areas, council wants to raise water charges from the current 40 cents to 70 cents for 1-10 cubic metres, while for 11-20 cubic metres would rise from 80 cents to $1,20.
For 20 cubic metres council proposes an increase to $1,50 from $1. If the budget tabled last week is approved, it means turning on the tap in the capital will be more costly for already hard-pressed residents.
The proposed increases belie claims by Harare council, which announced last week that it would slash industrial and commercial fixed water charges to $25 from $50 and scrap fixed water charges for low and high-density areas if the $319, 5 million budget was approved.
Harare Residents Trust (HRT) said council wanted to deceive residents.
"The so-called scrapping of fixed water charges is a massive deception by the City of Harare," said HRT on its Facebook post. They propose to actually increase the cost of water."
HRT director, Precious Shumba warned residents not to be fooled by council's proposal to cut fixed water charges as the move did not make sense when the local council was raising water charges through the back door.
"The increases in the cost of water in my view is the back door privatisation of water services," said Shumba.
"The socio-economic impact of this increase will be felt shortly across the capital, and given the fragility of the economic situation, a lot of residents will sink in debt."
Harare public relations manager, Michael Chideme could not be reached for comment as he was reportedly out of the country.
Harare has proposed to scrap industrial and commercial fixed water charges to $25 from $50 and scrap fixed water charges for low and high-density areas in its $319, 5 million budget for 2018.
Fixed charges are currently $9 and $4 for low-density and high density areas respectively.
Presenting the budget at Town House last week, finance and development committee chairman, Councillor Luckson Mukunguma, said the city expected to realise $269,3 million, from which salaries and allowances will chew up $114,8 million.
The remaining $154,5 million would go towards service delivery. Much of the revenues are expected from increased water sales and enforcement of property tax payments for domestic, industrial and commercial stands and buildings. HCC also plans to expand refuse collection to areas that were not covered before.
Harare is proposing to float international tenders for the procurement of imported water treatment chemicals. There are also plans to buy locally manufactured water treatment chemicals and other goods and services direct from the manufacturers.
Last year, the city had proposed a $448 million budget for 2017 which Local Government, Rural Development and National Housing minister, Saviour Kasukuwere rejected, saying it was too high.
He then approved a revised budget of $328,2 million after the local authority trimmed it by more than $100 million.- Online. LOCAL