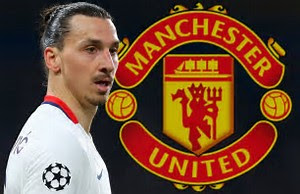 Manchester United star Zlatan Ibrahimovic has made a remarkable recovery from a serious knee injury but needs time, claims Dr Freddie Fu.
The star forward should only return to action "when he is fully fit" amid talk of an early comeback, according to his surgeon, Dr. Freddie Fu.
The Swede finished as Manchester United's top scorer last season, with 28 goals, despite tearing his anterior cruciate ligament against Anderlecht in April.
The 35-year-old's contract was not initially renewed following the setback, but he has since re-joined the club on a one-year deal as he steps up his comeback.
Ibrahimovic has bounced back remarkably well from the injury, putting in the hours at Carrington, and Jose Mourinho has named him in his squad for the Champions League group stages.
And while there has been speculation that Ibrahimovic could return to training by the end of October, Dr Fu believes his former patient needs as much time as possible.
"I have no worry about his injury as it always takes time to fully recover," he told the South China Morning Post.
"In fact the EPL has just started and I am sure Manchester United would not need the player urgently for any crucial game either in the league or European competitions.
"He is very strong but soccer is still a combative sport. As a doctor, of course I want to see him return as slow as possible, only when he is fully fit for the game. There have been many cases of a player returning prematurely with bad consequences."
Ibrahimovic's agent, Mino Raiola, claimed that doctors wanted Ibrahimovic "back after his career to research on him" because his knee was "so strong."
And Fu, who has performed more than 20,000 knee operations, was certainly impressed by the striker's physique following the rigours of a 19-year career.
"I have treated almost 60 professional players and Ibrahimovic is certainly one of the best and strongest players I have ever operated on," he added.
"He has a very strong attitude. Even before the operation, he firmly believed he would come back in his soccer career and would not retire just because of the injury."-BBC Sports. SPORT