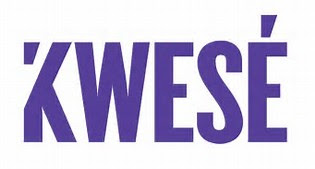 ​
BY ALFRED TEMBO in Lusaka
Africa's home grown television network, Kwese TV has resolved to unpack another trendy tech-product which is expected to cement its brand in Zambia.
Kwese TV general manager, Kapa Kaumba told the media in Lusaka that her company was launching a tailored service to suit consumers' fast changing needs hence bringing Kwese TV to the front line as the only Pan African brand and market leader in pay-television services.
Kaumba said, "Because Kwese is digital, it means it is accessible everywhere and this quality content is accessible now. Very soon we are launching Kwese Play, allowing consumers with access to optic fibre connection and data to stream as many channels as possible and watch TV on the move from mobile phone at any time."
As a true African brand Kwese is taking advantage of the rising number of smart phone users to deliver unique content and programming to consumers on their terms.
Zambia Information and Communication Technology Authority (ZICTA) reported that in 2012, internet users increased from 2, 3 million to five million in 2015 with majority users being through mobile cellular networks, accounting for 99 percent. And the increase represents a 32, 2 percent rise in 2015 compared to 17, 3 percent in 2012. During the same period Zambia recorded significant increase in the number of mobile phone subscribers from 2, 6 million in 2007 to 10, 9 million in 2015.
In the report, ZICTA attributes improvement in service penetration across Zambia from 22, 5 percent in 2007 to 70, 3 percent in 2015, to meet services demand for over 14 million in the country.-BUSINESS