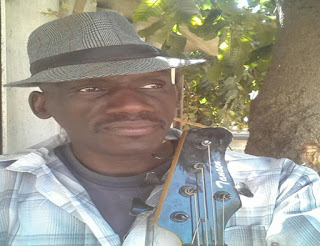 
BY MICHAEL MAGORONGA
He has seen it all in the music industry. He has worked with some of the best in the industry. The versatile instrument player has worked with pioneers of the gospel genre Freedom Sengwayo and Brian Sibalo, award-winning musician Oliver Mtukudzi, to name but a few.
After close to a decade in hibernation, Otaniel Manyame has decided to come out of his cocoon following the release of an album which bears testimony of his experience in the trade.
'Prodical Son', the name of his latest album, is his sixth offering after having recorded four with the late gospel crooner Sibalo, and one by himself with his OTG outfit he formed after his split with Sibalo.
"I worked with the late Brian Sibalo as his drummer and we released a number of albums. After his death I formed my own band OTG and released a secular music album in the early 90s called 'Hard Way Out', together with Tony Hooper and Lloyd Hove," he explained.
Manyame said his latest release marks his return into gospel music after having diverted into 'pagan' music following Sibalo's passing.
"The album carries eight tracks and is based on my personal experiences, particularly in the title track which is based on my life before and after repentance," he said.
He said the title track, the 'Prodical Son' expresses how grateful he was to the Lord for having mercy on him as he managed to repent and was born again after wondering in the wilderness for a long time.
"Born to a Pastor, I knew all the truth about the gospel, but I wasted many years out in the wilderness. But I thank God for in 2010 I repented and I'm back to worshiping the Lord, hence the track," said Manyame, a Kwekwe resident.
Other tracks on the album are 'Tichafara Mangwana', 'Zita Rakanakisa', 'Chimera Mweya', 'Dumelafela', 'Inyasha', 'Masikati Anouya' and 'N'anga Huru.'
Having being born to a pastor, the family grew up with church instruments at their disposal, hence Manyame's ability to play drums, lead and bass guitar as well as keyboards with exceptional proficiency.
It runs in the blood for the Manyames as all his brothers and sisters have had a go in music one way or the other.
"All my elder brothers and sisters are into music save for the eldest. In fact, my brother Mordecai, my sisters Evangela, Evelyn and myself were the ones who formed the Golden Voices, the group that was led by Sibalo," he disclosed.
On the new album his family plays a crucial role as Mordecai comes in with the lead guitar which he plays with exceptional finess, as well as a little bit of backing vocals from the two sisters here and there.
The album was produced and mastered by Manyame himself at his Gold Medal Studio. An official launch event is on the cards.
"We are just putting some final touches to the album before we start talking about the official launch which is coming in the not-so-distant future," said the last born in the musically talented family. ENTERTAINMENT