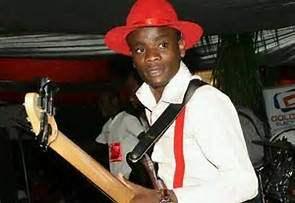 BY ELVIS DUMBA
Hailing from the dusty town of Banket, some 95 kilometres north-west of Harare along the Chirundu highway, a serious contender could leave award-winning musician Jah Prayzah green with envy.
The new kid on the block, 24-year-old Takudzwa Salim is making waves around the small farming town and surrounding areas with his music that is set to create serious competition for Jah Prayzah and Andy Muridzo, whose genre he is belting out.
It is very difficult to distinguish Salim's music with that of the Military Touch exponents.
Know as Taku Bliezy in music circles, the youthful artist recently released his first album, 'Inyasha' which contains mature lyrics. The eight-track album, carries songs such as 'Nherera', 'Linda', 'Chihera', 'Inochema' and the title track 'Inyasha', among others
Salim, who is riding on sungura musician Romeo Gasa's wings by curtain-raising at his shows, is a serious contender for the top slots currently held by Jah Prayzah and Muridzo if he gets the much-needed financial support, exposure and publicity.
Surprisingly, while most musicians are complaining over intellectual property theft through piracy of their music, Salim looks like he welcomes the fame that is brought by the vice.
"Piracy has in a way propped us so that we are known and fans then come to our shows after having heard us through pirated discs," said Salim.
Salim is the lead member of First Jazz Band.
Salim said he was inspired by Jah Prayzah and Andy Muridzo and claims he was the one who urged the latter to play his current type of music from house and reggae music.
"It's only that Andy managed to record before me as we once played together. Actually I was the one who urged Andy to do the current type of music he is doing which is similar to mine," he said during an interview on the sidelines of Gasa's show at Voltage Nightclub, Banket in Mashonaland West.
Gasa, who is offering Salim slots at his shows, said he believes in helping others as he himself is a product of such gestures from other artists.
"I believe in helping other musicians as it is not easy to make it in the music industry without the support of others. As I can testify from my own journey , so I have roped in Salim to get that exposure to the audience through having joint shows with him wherever I play," said Gasa. ENTERTAINMENT