Redcliff to pay off workers 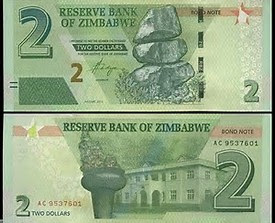 BY MICHAEL MAGORONGA
Redcliff mayor, Freddy Kapuya, whose council was recently sued for $1million in salary arrears dating back to 2012, said council had settled for a payment plan in an attempt to pacify the restive workers.
A fortnight ago, disgruntled workers dragged the financially beleaguered local authority to court for failing to pay them $1 116 503 for a period spanning 2012 to 2015.
The council failed to own up to an arbitration award granted in December 2016, prompting the workers, through their lawyers Artwell Chinamatira of Navhiringidze and Mashanyare Legal Practitioners, to take the matter to the High Court.
While Kapuya confirmed receipt of the lawsuit, he said council had since agreed on paying off the workers in batches than taking the legal route.
"We have designed a payment plan that we hope they are going to accept, given the economic situation," said Kapuya.
Although he refused to go into details of the plan, Kapuya said the document had since been sent to Minister of Local Government , Saviour Kasukuwere and council was awaiting his response.
"As we speak, we are waiting for a response from the minister and then see how best we can proceed," he said.
The development comes amid reports that the employees had gone for 22 months without receiving a cent from the broke council.
The town is also battling to settle a $2 million debt it owes Kwekwe City Council for water supplies.
The revival of Ziscosteel, which government is currently facilitating, could breathe life to the town which now resembles a ghost settlement. LOCAL