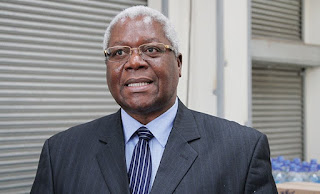 BY STAFF REPORTER
Government is going back to the drawing board to find a solution to challenges being experienced by potential voters as many people are unable to register for failing to produce proof of residence.
Addressing the Zanu-PF leadership, which included Acting President Emmerson Mnangagwa and party supporters at Fair Acres Arda Estate in Zhombe last week, Zanu-PF Secretary for Administration, Ignatius Chombo said reports on the ground indicated that people were facing difficulties to register under the new Biometric Voter Registration (BVR) system. He said many people were being turned away because they did not have proof of residence.
"The voter registration programme is going on well, but there are some challenges facing the people, mainly to do with the issue of affidavits for proof of residence," he said.
"Some people have been turned away. So, we are going to sit down and look into the problem and see how that problem can be addressed."
Chombo's call follows rampant reports of traditional leaders charging villagers in rural areas various amounts of up to $1 to facilitate getting a proof of residence affidavit.
Chombo, who is also the Minister of Finance and Economic Development, said the voter registration programme was targeting 5,5 million people. He said the target was achievable if all citizens aged over 18 years registered.
Chombo said the Zimbabwe Electoral Commission (ZEC) was starting afresh the process of registering voters, a development he said meant that even those who have been voting since 1980 should go and register a new.
"This voter registration programme by ZEC means they are starting from scratch and we are targeting 5,5 million people over 18 years," he said.
"This means everyone should go and register since ZEC no longer has old names. Those who say they have been voting since 1980 should register because they will be disappointed when they find their names missing come election day."
Chombo said patriotic Zimbabweans should take a leading role by registering. He said in two weeks' time, Zanu-PF provincial chairpersons will meet in Harare to give an update on the registration of party members.
"Zanu-PF should win the 2018 election by a landslide and it's only possible if the members go and register and vote," said Chombo.
"So, we call upon every party member to go and register and vote for President Mugabe and Zanu-PF. Provincial chairpersons are coming to Harare in two weeks to give reports on the current registration programme. We want positive results."
Various elections stakeholders have been calling on the scrapping of the proof of residence requirement, arguing it was not fullproof as nobody could verfy their authenticity, neither was it necessary.L OCAL