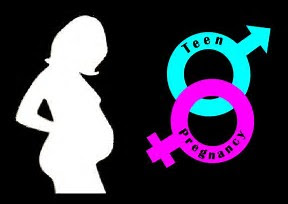 BY ELVIS DUMBA
CHIHWITI, MAKONDE: Community leaders here have expressed grave concern over the high number of teenage pregnancies in the area with girls as young as 11 falling pregnant and being married off.
Headman Itai Sigauke told this publication that organisations that deal with sexual reproductive health education should intensify campaigns to encourage positive behavioural change in the area.
"Teen pregnancies are rampant and there is need for organisations involved in reproductive health to engage this community in a bid to lessen the burden," said Sigauke.
The traditional leader bemoaned that most child marriages being witnessed in his community were among juveniles themselves.
"It is unfortunate in that at times these teenage girls are impregnated by male youths barely 16-years-old," he said.
A social worker with Child Line, Saul Chirume said challenges of accessibility to some outlying communities such as Chihwiti due to poor road networks had seen some child health rights organisations shying away from such areas.
"It is a shame that we have areas which have been neglected and villagers have little or no reproductive health education at all. There isn't much the Education ministry can do alone," said Chirume.
"We have noticed that in this area there are a number of school dropouts, both boys and girls, due to marriage issues and efforts should be scaled up to end the trend."
A villager, Kezias Mhiripiri said his two daughters both dropped out from school after falling pregnant. He said one of them was 13-years-old when she fell pregnant and eloped to a 14-year-old boy. The other one, he narrated, was deflowered by a local teacher who fled from the area fearing reprisals from community members and the Education ministry.
Lamented Mhiripiri, "We are bereft of a solution as community elders, maybe we have failed to properly raise these children."
Beside the prevalence of teenage pregnancies the area is reportedly burdened with Sexually Transmitted Infections (STIs).
Condoms or other protective methods are hard to come by.
"STIs are rife here because condoms are not distributed widely. Those in need of them would have to fork out money to buy from local shops. Resultantly, villagers here practice unprotected sex and pass on STIs which usually go untreated as the clinic is far away," said a commercial sex worker, Sekai Gurira (38).
Esther Ndlovu, a 17-year-old mother of two, contends economic challenges were forcing young girls into early marriages especially to older men who offer some form of financial relief to both the girl and their families.
The Chihwiti community mainly comprises newly resettled peasant farmers who benefitted from the chaotic 2000 land grab. LOCAL