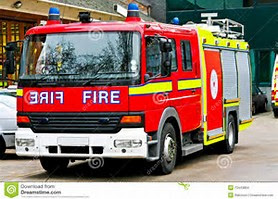 ​The town is operating without a fire tender

BY ELVIS DUMBA
Property worth thousands of dollars went up in smoke when a fire gutted a dormitory at Banket Primary School on Sunday evening, a sad development that has exposed Banket Town Board's lack of preparedness to deal with such disasters.
The inferno, which was suspectedly caused by an electrical fault in the hostel's matron room, engulfed the entire second floor of the hostel which accommodates boys.
The school headmaster, Nelson Nzombe, said nothing was recovered from the blaze, adding noone was injured as pupils were not in the building when the incident occurred.
"The fire started around 8pm when pupils were about to finish their study downstairs.  Noone was in the hostel and all children were safely evacuated but unfortunately all the property which included clothes and food in the hostel was destroyed," said Nzombe.
When NewsAnchor arrived at the scene hordes of people were busy helping to put out the fire using buckets full of water from a bowser provided by Zvimba Rural District Council after Chinhoyi Fire Brigade failed to timeously attend the scene, amid reports their fire engine was not functioning.
The Harare Fire Brigade only arrived three hours later when there was nothing to salvage. Joseph Imedi, an eye witness, said the fire could have been caused by an electrical fault alleging there were dangerous electrical connections with some cables being exposed.
The hostel housed 96 boys and the pupils had just return from the exeat holiday on the day when tragedy struck at the former all-white 'A' school.
Following the tragedy, the children were taken to Sinoia Primary School were they slept for the night with most of them still adorning their pyjamas after their clothes were reduced to ashes.
The school headmaster said they had since found alternative accommodation for 20 learners from a well-wisher at nearby Kidzone Academy where they will be staying until renovations are done while others were living with relatives in and around Banket town.
School development committee chairperson, only identified as Chivende appealed for assistance from the corporate world and government to repair the damaged hostel. Residents called on the decentralisation of the Civil Protection Units to grassroots and adequately equip them with resources to ably deal with such emergencies.
The incident exposed Banket Town Board as it emerged it does not have a fire tender, which clearly points to the local authority's ill-preparedness to deal with a major disaster, considering the high prevalence of road traffic accidents on the Harare-Chirundu highway which cuts across the farming town. LOCAL