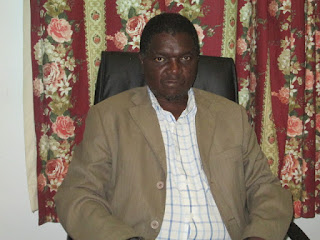 BY TENDAI MUNYANDURI
A scientifically literate Presidium is the panacea for solving problems in Zimbabwe, which include money shortages, food and water problems.
Companies and industries are basically science with commerce and arts being support services. In order to create employment and to industrialize, a Science, Technology Engineering and Mathematics (STEM) literate leadership and Presidium is key.
The reason why Zanu PF has failed to create employment is that it has an Arts-based leadership. Both the Zanu PF leadership and all the leaders of the three arms of government are lawyers. The problem with lawyers only leadership is that lawyers think everyone is a thief and they create jobs in the security sector which is a non-productive sector.
More jobs should be produced in productive sectors where there is something tangible produced after a period of time which is basically scientific.
Zanu PF has been ignoring the core qualifications of ministries in appointing ministers leading to gross misposting of talent. Refined scientific knowledge from below is corrupted by a scientifically illiterate Presidium. If the Presidium tries to be advised by subordinates they will have little knowledge of ministries under them. In English there is a proverb which says, 'Little knowledge is dangerous'. The ministers will literally be fish out of water if appointed to ministries/ portfolios for which they do not have core-qualifications.
In the three arms of government, the executive, legislature and judiciary, the President, Ministers and Deputy Ministers are the executive and have executive powers .
Scientific leadership is the missing link in Zimbabwe for job creation, solving money shortage problems, industrialize and therefore to achieve prosperity. A scientifically illiterate President has got no clue in directing the trajectory of industrial development and hence industry closures in Zimbabwe- a case of shooting in the dark.
If we are to borrow from international observations , the previous Chinese President was an electrical  engineer and it became the fastest growing economy in the world because the leader was scientifically literate. The current Chinese President is a hydraulic engineer and still scientifically literate. In United States of America and Europe where lawyers were Prime Ministers, there were unending recessions and it was reported that America owed billions and billions of dollars to China. Although America and Europe in general were bigger economies than China because of historical reasons, their rate of growth under lawyers were slower than that of China under scientific leadership of an electrical engineer.
It was reported that if the current trends persist, America will be overtaken by China in 20 years' time. Germany, with a President with a PhD in Physics, is also an industrial leader in Europe because the premier is scientifically literate.
Borrowing from African experience, Malawi  which was led by Kamuzu Banda, a medical doctor by training and, therefore, scientifically literate president,  never experienced a situation where you would put money in a wheel barrow to buy a loaf of bread as happened in Zambia and Zimbabwe where a trillion dollars could not buy even a sweet. Malawi whose revolution was led by a scientist never experienced massive deaths due to war as he was aware of persuasive sciences unlike in Zimbabwe.
Professions that emanate from the royal STEM 'O' and 'A' level science class are :-
(1)Doctors, pharmacists  and nurses. (2)Engineers, technicians and electricians. (3)mining engineers and geologists (3)crop scientists and agricultural extension officers. (4)metallurgists, fitters  and artisans. (5)computer scientists and knowledge engineers. (6)motor mechanics  and auto-electricians. (7)Veterinary scientists and animal science specialists (8) town planners and draftspersons, among many others up and downstream.
All the above professions which are key to industrial development and export rejuvenation, are vocations in which the current crop of Zanu PF leadership is totally illiterate.
All the heads of the three arms of government under Zanu PF are scientifically illiterate. They have no clue on how to improve the economy – a case of shooting in the dark.
All knowledge from the above professions will be corrupted by a STEM illiterate Presidium leading to massive unemployment, premature deaths in hospitals, poor roads networks and industry closures. What Zimbabwe needs for prosperity is scientific leadership, which can only be provided by a president from any of the above professions, especially engineering and medicine.
Zanu PF is leading a government that cannot even manufacture a spoon or a knife because it is specifically biased towards Law, or broadly arts-based. To Zanu PF, law is everything and the party has a blind spot for sciences and hence gross incompetence by the presidium leading to an economic meltdown and social service disruption.
What Zimbabweans need is the rule of prosperity and not the rule by law.
As part of voter education, we as PIMZ, urge Zimbabweans to register and vote for a scientifically literate president and scientifically literate Members of Parliament for technological development and economic growth to kick-start.
What Zimbabweans most need is  to STEMATIZE the Presidium through their vote if it is to industrialize and catch up with the rest of the developed world.
(The author is an electrical engineer with a State enterprise endowed with various qualifications, among them three Master of Sciences. He is president of opposition political party, the Progressive Innovative Movement of Zimbabwe and has contested for the Kadoma Urban seat in previous elections). OPINION