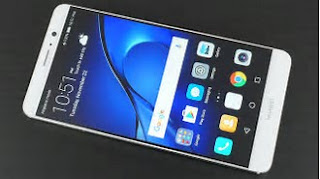 ​
A woman has admitted in the Lusaka Local Court saving 'sweetie one' and 'sweetie two' on her mobile phone but argued they were phone number of her customers for second hand clothes.
Joyce Kabinda (33) of George compound was testifying in a case in which her husband, Joseph Chulu (47) sued her for divorce.
The two got married in 2004 and don't have children together. Dowry was paid.
Chulu told Senior Court Magistrate Miyanda Banda sitting with Magistrates Pauline Newa and Ronnie Shafwensha at Matero Local Court that problems started in 2010 when he went to work in Kasempa for the population census and returned to find Kabinda had taken to drinking beer and frequenting bars.
He explained that in 2011 at night he found Kabinda kissing a man in her drunken stupor outside the house and that the daring man even stoned him.
Chulu added that in 2016 Kabinda had a private phone and that he was shocked to find that she saved number as 'sweetie one' and 'sweetie two', adding that when he phoned the men one said she was just a prostitute and the other said that she told him she was not married.
Chulu further said that in April 2017 they differed with Kabinda over the loan she attempted to get without his consent before she abandoned him and went to her parents home.
''Kabinda stayed at her parents for three months and she stopped answering my phone. When she came back on September 2 she started coming home at 2100 hours. On September 5 and 9 Kabinda spent nights out," Said Chulu.
During cross-examination, Kabinda failed to cross examine Chulu.
In defence, Kabinda said Chulu had two wives and that she was the second wife.
She admitted saving 'sweetie one' and 'sweetie two' but said they were phone numbers of her customers as she was in the business of selling second hands clothes.
Kabinda said Chulu was very jealous and fond of beating her as evidenced by scars on her body. She had sued him on four occasions but withdrew the cases on all occasions.
"I don't spend nights out. The only time is when I went to a party and the other time when I went to see my sick relative but I did not inform Chulu because he insulted me," said Kabinda.
Magistrate Banda said there was mistrust in the marriage.
He said as a married woman, it was wrong for Kabinda to save numbers as 'sweetie one' and 'two' on her phone and he, therefore, granted divorce without compensation.
Kabinda was only given households to which Chulu consented.-Online. INTERNATIONAL