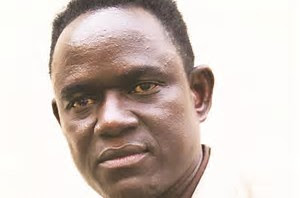 BY MICHAEL MAGORONGA
Member of Parliament for Kwekwe Central, Masango Matambanadzo has reportedly set himself on a collision path with President Robert Mugabe following his calls urging vendors to remain on the streets despite the nonagenarian's decree to rid urban centres of illegal vending and pirate taxis.
Kwekwe City Council last week embarked on a widespread exercise to remove vendors operating at undesignated sites in a quest to bring back sanity in the city of gold.
Kwekwe mayor, Matenda Madzoke's council has taken advantage of the call to clear the streets of vendors who have virtually taken over the CBD of the second Midlands capital.
Madzoke said his council was not giving up on the vendors who were given the green light to set up vending stalls willy-nilly in the CBD by Matambanadzo, who is notorious for speaking his mind, leading to his acrimonious relationship with Vice President Emmerson Mnangagwa, the province's political god-father.
Matambanadzo, whose jurisdiction the CBD falls under, is on record saying vendors should be allowed to set up stalls anywhere in the CBD, and Madzoke's council has been trying in vain to remove them off the streets.
Efforts to get comment from Matambanadzo popularly known as 'Blackman' were fruitless.
The president's recent call to clean up towns gave councils renewed vigour to push vendors off the street pavements. Kwekwe, previously rated as one of the smartest urban centres in the country, has not been spared the vendors' menace spawned by the country's high rate of joblessness due to Mugabe's failed economic policies.
The city premier said the blitz would continue until order was restored.
"Now that the president has said it, we now have power to push the vendors off the street. These people have become a menace in the town and we are very much concerned about their health, especially of their children, as most places they occupy do not have ablution facilities," said Madzoke.
He said illegal vendors were not remitting any taxes to council resulting in negative cash flow variances experienced by his council.
"There is a wrong perception that the vendors are paying to council. Infact council is making losses because they are paying fines for illegal vending not for their operations," the mayor said.
He said the informal sector should support local authorities adding all local authorities were acting on removing the vendors off the streets although Kwekwe was peculiar.
"The vendors should support us. We are a little government and we rely on their (vendors) support so if they do not support us financially then we are dead.
Second hand clothes vendors and vegetable hawkers have virtually turned the open space between Pick n Pay and OK Supermarkets into a vendor's paradise making it difficult for one to navigate his way from the CBD to the bus terminus.
Madzoke said his council had previously approached Local Government minister, Saviour Kasukuwere who failed to break the impasse between council and the MP.
Meanwhile, vendors in Mutare got a temporary reprieve this week after Minister of State for Manicaland Provincial Affairs, Mandi Chimene, instructed council and police to allow them to sell their wares from pavements in the evenings only, to allow free movement of people.  Chimene said the move was temporary and meant to allow the vendors to continue getting an income, as the majority of them depended on the trade, while council and her office would explore ways of establishing proper market stalls for organised business. TOP NEWS