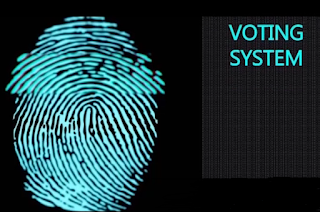 ​The new system captures fingerprints and photo of voter

NEWS DESK
The Zimbabwe Electoral Commission (ZEC) has received the last batch of 2 600 biometric voter registration (BVR) kits while it prepares to launch a countrywide voter registration exercise as the country hurtles towards harmonised elections in 2018.
The voter registration blitz begins on Tuesday following a five-day voter education exercise by the electoral body.
The latest consignment brings the number of kits the electoral body has received from Laxton Group of China for use in the creation of a biometric voters' roll for the polls to 3 000 following delivery of the first one of 400 kits.
ZEC chairperson Justice Rita Makarau confirmed the development this week.
"I can confirm that the kits are in the country now and that at the moment they are undergoing acceptance tests by our technicians and technical experts," she told State media.
"This is meant to see that they meet the specifications that we gave to the supplier. That process should end by Wednesday and thereafter we will know how many (kits) we are accepting out of the 2 600 that have been supplied. After that we will start transporting them to the provinces and from then onwards we should be able to launch. Of importance is that we want our voter educators to go ahead of the blitz. They should be on the ground for at least one week before the blitz."
Continuous voter registration was being done using the 400 kits delivered in August. Treasury has already released $15 million to ZEC for the blitz. Justice Makarau said as of last week only 11 000 people had been registered at the 63 ZEC centres across the country.
ZEC is creating a new voters' roll after taking over the constitutional mandate from the Registrar-General's Office.
The exercise will be conducted using biometric voter registration (BVR) technology, which entails capturing a person's fingerprints, facial features, and identity card details.
The Electoral Act (Chapter 2:13) provides for the creation of polling station-based voter registers. The new localised system is expected to avoid double voting, voting by ineligible people and possible inflation of votes for participating candidates. TOP NEWS