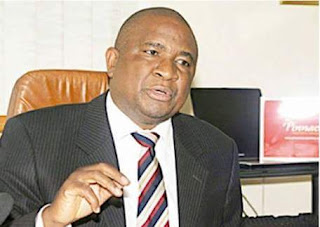 ZIFA are set to take a huge step towards settling for a substantive coach for the Warriors when the association's executive meets in the capital on Friday to deliberate on the senior national team's technical department.
The Warriors have had a unique set-up in which FC Platinum coach Norman Mapeza has been in charge of their African Cup of Nations campaign while veteran gaffer Sunday Chidzambwa of ZPC Kariba presided over the COSAFA Castle Cup and the CHAN assignments. The Warriors were last in action in July when they fell to a shock penalty shoot-out out defeat by Namibia in the CHAN first round with Chidzambwa, who had just two weeks earlier won the COSAFA Castle Cup with them, being granted an extended tenure with the team.
But with the Warriors facing a busy schedule next month in which they will play two friendly matches against Lesotho and Namibia before travelling to Kenya for the CECAFA tournament, the ZIFA board would have to decide on who will preside over those assignments. The CECAFA tournament will run from November 25 to December 10. ZIFA vice-president Omega Sibanda said the executive committee will at their scheduled meeting in Harare on Friday "table the Warriors issue among other items on the agenda''.
"Resources have been a major constraint but we really have to get a substantive coach for the Warriors now. I think by the time we resume our AFCON campaign in March we would be doing so under a substantive coach. "We are meeting as an executive on Friday and we are going to discuss the issue of the Warriors coach among other items that are on the agenda of that meeting.
"But the friendly matches that are coming up next month we would also have to work with an interim coach and we will decide who will be given which assignments,'' Sibanda said.
It is understood ZIFA have written to Mapeza's employers asking for permission to keep using the coach. The Warriors will mark their return into action on November 8 when they travel to Maseru to face the Crocodiles in an international friendly. They will then connect from Maseru to Windhoek for a date against the Brave Warriors in the Dr Hage Gneigob Cup showdown at the Sam Nujoma Stadium on November 11. ZIFA communications and competitions manager Xolisani Gwesela said yesterday that although they would be guided by the coach on the players that would be needed for the two assignments, the Association was ready to bring in their foreign legion.
"We are using the matches to prepare for the AFCON qualifiers but it will be at the discretion of the coach who will be in charge to decide who he will call up so whoever is selected we will bring him,'' Gwesela said. The Warriors on Monday moved just one place up the ladder on the FIFA World rankings and are now 104 on the globe as their inactivity impacted on their ratings. Skipper Knowledge Musona and his troops also moved into 27th on the continent while their opponents in the Dr Hage Geingob Cup shot three places up into 129th in the World and 35th on the continent. Brave Warriors coach Ricardo Mannetti has already begun preparations for the encounter against the Warriors and his side's other upcoming assignments by holding training sessions with his players twice weekly. Mannetti told The Herald from his base that although it was a friendly encounter, the Brave Warriors were taking their showdown with the Warriors seriously.
"We see it as a good opportunity to get the much needed match fitness since we haven't had a league for close to 18 months.
"It will help me to try out different combinations and it will be good to win to make our President's Cup extra-special,'' Mannetti said. Despite his focus being mainly centred on the CHAN tournament, the coach who in 2015 led Namibia to the COSAFA Castle Cup title also hinted at calling on some of the Brave Warriors' foreign-based players given that the clash against Zimbabwe is on a FIFA date. SPORTS