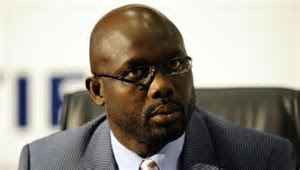 Monrovia — The Supreme Court of Liberia has ordered the National Elections Commission (NEC) to stay any and all actions in the pending runoff election scheduled for 7 November 2017 in line with the Writ for Prohibition prayed for by the Liberty Party.
The Liberty Party requested the Writ of Prohibition and a rerun of the October 10 presidential and legislative elections, citing mass irregularities and fraud.
The ruling Unity Party, the All Liberian Party and the Alternative National Congress have all joined the Liberty Party's pursuit for a rerun of the October 10 polls.
Former soccer legend and Senator of Montserrado County, George Manneh Weah of the Coalition for Democratic Change (CDC) and the Vice President for Republic of Liberia, Joseph Nyuma Boakai of the Unity Party are poised to contest the runoff election next Tuesday.
The Chief Justice and his associates were tight-lipped Tuesday evening after their deliberation, but Ambrose Nmah, communications director at the Temple of Justice told reporters that the bench had not come out with any decision yet.
"No decision has been reached yet; as you are aware some of the justices were not in the country, they only arrived today and came here straight from the airport to receive briefing on the case," he said.
However, a high placed source confided in this paper that Supreme Court late Tuesday evening issued the writ of prohibition prayed for by the Liberty Party which effectively puts a halt to the runoff election scheduled for next Tuesday until the Liberty Party's case and any appeal is exhausted.
"This means that the runoff will be scheduled after the whole matter, if LP loses. If LP wins, whole new elections could be ordered. This brings the possibility of an interim government which some have been pushing; Madam Sirleaf tenure ends on 18 January," the source hinted.
Part of the writ of prohibition reads: "You are commanded to instruct the respondents to stay any and all actions in respect to the pending run-off election scheduled for November 7, 2017, pending the disposition by the Supreme Court of the Petitioners Petition.
"You will further inform the parties that given the constitutional issues raised in the petition, coupled with the fact that election matters are to be expeditiously heard and determined, that upon service of this Writ and Returns thereto, the case is hereby docketed for the urgent disposition by the Bench en banc."
The National Elections Commission has also been ordered to file their returns by Thursday, 2 November 2017.
Chief Justice Francis S. Korkpor and Associate Justice Sie-A-Nyene G. Yuoh were out of the country, but rushed to the Temple of Justice directly from the airport upon their arrival on Tuesday.-Online. AROUND THE WORLD