BY ELVIS DUMBA
Former national men's football team, the Warriors players have called for a grassroots soccer development policy if Zimbabwe is to make any meaningful impact on the international scene and contribute players to major lucrative leagues.
The call was made by Tinashe 'Father' Nengomasha, who was flanked by Dickson Choto and Harlington Shereni, during a recent sports tournament held in Zvimba Ward 32, Mashonaland West province.

​Tinashe Nengomasha
Nengomasha lamented the lack of viable grassroots programmes, which he said was a worrying trend that has seen some sporting disciplines fading away. He called for urgent resource injection in junior sports development.
"Our country has got a lot of untapped talent in sport which is going to waste as we are still to see meaningful resource availability to support and develop junior sports persons. If we are to make any meaningful impact on the international scene, there is need for resources to be channelled towards this," he told participants and spectators at the netball and soccer tourney.
Nengomasha said most soccer teams in the country don't have junior development policies preferring to rely on schools and said competitive platforms such as junior leagues will go a long way in developing the country's soccer talent.
Zvimba South legislator Walter Chidhakwa's wife, Chipo, who was guest of honour at the event, reiterated that sport was a lucrative industry which needed an equal measure of vibrancy regards financial and material support and resources mobilisation, particularly in marginalised communities.
"We can join hands and make the sport industry a multi-million making industry for both participants and supporters by coming up with clear policies and programmes that support grassroots sport development," she said. 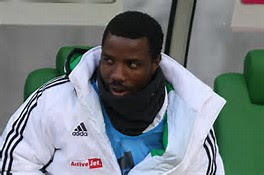 ​Dickson Choto
Nengomasha, Choto and Shereni pledged to organise a Warriors legends team that will play as a guest team at a soon-to-be launched Zvimba South Sport Tournament whose patron is Mines and Mining Development minister, Walter Chidhakwa and bankrolled by popular cleric Prophet Walter Magaya of the Prophetic Healing and Deliverance church, who has donated $5 000 towards the sports gala.
The MP's tournament will feature soccer and netball teams that would have emerged victors in various qualifying rounds in wards from Zvimba South constituency.
Nengomasha, a midfield maestro, plied his trade in the South African premiership featuring for Kaizer Chiefs, while Choto was a defender and took his footballing exploits to Poland and played for Legia Warsaw and got a Warriors call up for the 2004 Africa Cup of Nations finals. Locally Choto played for Darryn Textiles Africa United. 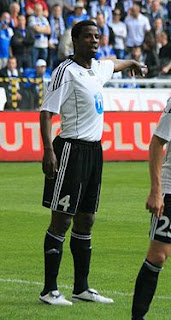 ​Harlington Shereni, minus the dreadlocks
Shereni, also a midfielder, had an illustrious career that saw him play for Caps United and Dynamos locally before exporting his talent to France. He also featured in the Afcon finals squad before hanging up his boots in 2008. SPORTS