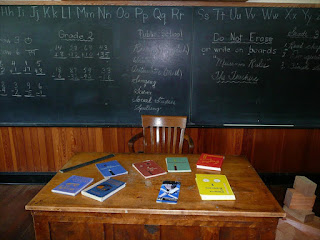 Limpopo police in South Africa have arrested a 34-year-old teacher for allegedly raping a 14-year old pupil‚ after scheming to meet her in private.
The suspect was scheduled to appear before the Lebowakgomo Magistrate's Court today on a charge of rape.
The SA Police Service said in a statement the pupil was told to clean the staff room on Monday. Later‚ she was sent to an office by a teacher‚ where she encountered the male educator.
He asked for her cellphone number‚ "under the false pretence that he wanted to assist her with school work after hours."
"In the evening of that day‚ the suspect called the victim on her cellphone and when she came‚ he then took her in his car to the nearby bushes and raped her."
Limpopo police commissioner‚ Lieutenant General Nneke Ledwaba‚ condemned "the prevalence of incidents of sexual offences perpetrated against minors especially girls in this province".
A medical doctor‚ a teacher in Ritavi‚ another teacher in Lebowakgomo and three pastors from Maake‚ Namakgale and Lulekani policing areas were also arrested recently for rape of minor children.
The SAPS said‚ "this is a serious worrying factor to us as the police and these incidents must be strongly condemned by all members of the community."-Online. EDUCATION