‘Tokoloshi’ fraudsters back in court 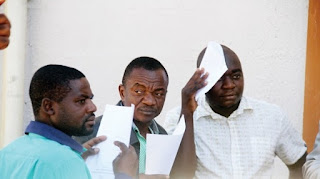 ​The bogus traditional healers appearing at a Botswana court

Three Zimbabwean men, who are alleged to have masqueraded as traditional healers in Botswana, were yesterday back in court and further remanded in custody pending trial after they were denied bail.
The trio, Gift Chihwayi (27), Phillip Rusari (39) and Emmanuel Chihwayi (42) appeared before Broadhurst magistrate, Wame Mosugelo. Representing the State, detective senior superintendent sergeant Marapo pleaded with the court to further remand the suspects in custody because all of them were illegal immigrants who did not have passports.
"If this court can grant them bail the immigration laws of the land would take effect and they would be deported immediately as they are illegal immigrants and do not have passports," Marapo said, adding that it would be difficult to trace them.
He said that the three are not candidates for bail and that the police have completed their investigations. Gift pleaded with the court for bail citing family problems, as he said his wife was rushed to Princess Marina Hospital where she was hospitalised and his minor child was under the care of their neighbours.
"I have a problem. I am pleading for bail because I do not know my wife's current condition at the hospital. I am not even sure if my child is well taken care of," he said.
For his part, Emmanuel told the court that his family was falling apart, as he did not know his wife's whereabouts.
"I understand the magistrate on this case is not available today, but I would like to know when will we appear again for bail hearing. I am currently in prison and my wife does not know where I am and cannot locate her because I am in custody. I'm pleading with court to grant me bail."
The pleas for bail did not convince the Magistrate who demanded to know why and how the accused persons entered the country without passports.
"How do you want the court to help you if you do not have passports? Do you want this court to break the law? There is no way this court could grant you bail. Therefore you will further be remanded in custody until your next mention," Mosugelo said.
The trio is facing two counts of attempting to obtain by false pretences as well as entering Botswana through an un-gazetted point.
It is alleged that on 13 October, 2017, acting in consent at Phiring location in Gaborone, they tried to obtain the sum of P1,000 from Linet Mmali David by falsely pretending that they were traditional doctors. 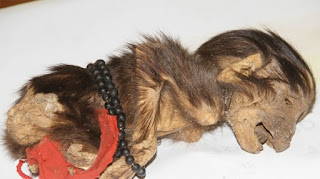