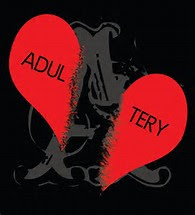 ​
BY NEWSANCHOR REPORTER
A Zanu PF politician, who is aspiring to stand as Banket Ward 23 councillor, is nursing injuries following a beating after being caught in a compromising position with a married woman.
Sources told NewsAnchor Justin Chimuzinga was recently fined $700 by a traditional court after confessing to committing adultery with Willard Magora's wife, whose name this publication could not obtain at the time of writing, after he was busted at a love nest.
Magora confirmed the incident, saying concerned residents tipped him of the illicit affair and instituted personal investigations to verify the 'allegations.'
On the day in question, Magora's wife phoned her husband who was in Harare whether he was returning to Banket that same day, but Magora misrepresented that he would not be coming home as he still had outstanding business in the capital.
It is alleged at dusk Magora's wife then left their matrimonial home at Number 1 Saxbee Newman Drive, Banket after lying to her neighbours she was going to attend an all-night prayer meeting at the Apostolic Faith Mission (AFM) Living To Praise assembly church in Kuwadzana but proceeded to Chimuzinga's house in the same township.
During the same night, Magora drove to Banket and found his wife not at home. Neighbours told him his wife she had gone to church, prompting Magora to hunt her down.
But to Magora's surprise there was no all-night prayer at the said church, further raising his suspicion. Magora, who was being tipped off, then budged at Chimuzinga's residence where he found the lovebirds inside leading to mayhem.
An irate Magora reportedly bashed the adulterous pair before bundling them into his car and drove them to AFM Pastor Reverend Devera's house where he narrated the story.
Magora later drove the two infidels to his house where he further meted instant justice, but his wife managed to escape.
Following the thorough bashing of the pair, Magora proceeded to Banket police where he told authorities what he had done, but was advised to release Chimuzinga whom he had locked at his house. He was warned his actions amounted to kidnapping.
It is said Chimuzinga's son, in the company of the accused's friend, went to report a case of kidnap but reportedly bolted out of the Charge Office after learning Magora was there earlier.
Magora's wife, with a swollen face, also lodged an assault report.
The matter was taken to the traditional court where Chimuzinga admitted to having an adulterous relationship with the married woman but defended himself saying his lover had lied to him that the couple was on separation.
Chief Chidziva fined Chimuzinga $700 after finding him guilty of the offence and bemoaned the high rate of divorces due to infidelity.
Ironically, Chimuzinga divorced his wife earlier this year on allegations of promiscuity. He vowed to appeal against both conviction and sentence. LOCAL NEWS