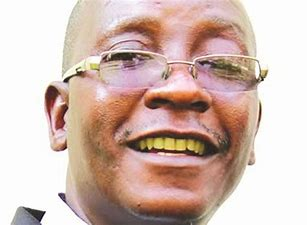 ​Justice minister Ziyambi Ziyambi
BY NEWSANCHOR REPORTER
The Justice, Legal and Parliamentary Affairs ministry, through the Judicial Service Commission (JSC) is finalising modalities to set up an express criminal court specifically to prosecute grand corruption cases involving millions of dollars, which have been blamed for the country's economic collapse.
Justice minister, Ziyambi Ziyambi made the disclosure while addressing a Zanu PF inter-district meeting at Murombedzi business centre recently.
"Our judicial system should come up with innovative ways to speed up the handling of corruption cases and try those accused of corruption so that we nip this cancer in the bud and show that our government is serious in dealing with corruption issues.
"I want a special express court which will be dedicated to such matters to be established so that we deal with these matters as a matter of urgency, so those who will be found guilty will be dealt with accordingly," he said
Ziyambi, who is Mashonaland West Zanu PF provincial chairman, said President Emmerson Mnangagwa has spoken strongly against corruption and, therefore, perpetrators should be punished regardless of their status in society.
"Our President has said we need to deal with any corruption issues and they will be no sacred cows and no one will be protected as this behaviour had killed our economy. The public should not think these cases being brought before the courts involving people like Chombo and others are mere politicking, it is not and we are serious about it. I want to warn you all that get involved in corruption at your own peril as no one will protect you," said Ziyambi.
Ziyambi said corrupt elements in the party, working under the aegis of the G40 cabal, had usurped executive authority by taking advantage of former president Robert Mugabe (93)'s advanced age and embarked on looting sprees to self-enrich.
These acts of corruption, he said, led to squabbles in the party as former first lady Grace Mugabe wantonly and unashamedly protected these criminals.
Ziyambi, who is also Zvimba West MP, said the ruling party was a people-centred formation which pursues socialist ideologies that seek to uplift every Zimbabwean through equitable distribution of resources.
He said Zanu PF cadres holding influential positions in the party and government should not take advantage of their privileges and called upon law enforcement agencies to act professionally and arrest anyone involved in the vice.
Several senior former government ministers and officials have been arrested over various graft allegations. These include, Ignatius Chombo, former Home Affairs minister and Zvimba North MP, ex-Midlands Provincial Affairs minister Jason Machaya, ex-Sports minister Makhosini Hlongwane, Walter Mzembi (ex-Foreign Affairs minister), former Mines Minister Walter Chidhakwa, ex-Energy minister Samuel Udenge among others. The net is reportedly closing in on several other high-profile figures accused of abuse of their positions, theft and corruption whilst still serving as public officials. TOP NEWS