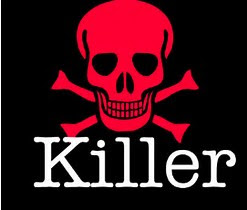 ​
A woman who was reportedly raped and murdered before her body was dumped in a maize field in Ascot high-density suburb on Saturday, was allegedly killed by a man who had paid lobola to her parents two days earlier.
Everjoy Ncube (22) of Coolmoreen Compound in Gweru, allegedly refused to go back to South Africa where she was based together with her new husband, John Mazani (33) and that infuriated him.
She was allegedly murdered following a misunderstanding which arose after she refused go back with him to Cape Town, South Africa, where they both stayed together, offering to stay with the man's parents for a while before following him.
Acting Midlands provincial police spokesperson, Assistant Inspector Ethel Mukwende confirmed the gruesome murder, adding that police had since launched a manhunt for Mazani whose whereabouts were unknown.
She said the couple was on separation after experiencing a series of domestic disputes which often degenerated into physical fights.
Asst Insp Mukwende said the couple, which had a child together, subsequently went on separation, with Ncube tracing her way back to her parents' home.
She said Mazani returned to Zimbabwe on Thursday last week with the intention of reconciling with Ncube, to which she consented.
Mazani went on to pay lobola for Ncube before asking her to return to South Africa with him, an offer she vehemently refused because of his abusive nature.
It could not be ascertained how much Mazani paid as bride price for his estranged wife.
"Police have launched a manhunt in connection with a murder case where a 22-year-old female adult was found dead in a maize field in Ascot, Gweru, with several stab wounds all over her body," said Asst Insp Mukwende.
"The incident occurred on the January 13 in old Ascot Suburb, Gweru. On January 14 at around 6:30am, a passer-by discovered a body in a maize field. She informed the police who attended the scene. The police carried out investigations which led to the positive identification of the body as that of Everjoy Ncube. The body was ferried to Gweru Provincial Hospital awaiting post-mortem.
"On January 11, Mazani came to Zimbabwe with the intention of reconciling with his wife," said Asst Insp Mukwende.
"The two were on separation as Ncube was alleging that Mazani was abusive while they were in South Africa.
"It is alleged that on January 13 at about 7pm, Mazani went to Ncube's residence where he asked her to accompany him to Ascot Shopping Centre to buy some groceries. On their way back, it is suspected that the two had a misunderstanding which resulted in the accused stabbing her with a sharp object several times all over the body."
Asst Insp Mukwende said after committing the crime, Mazani fled the scene and went to his parents' house in Coolmoreen Compound where he collected his belongings and disappeared.-LOCAL.