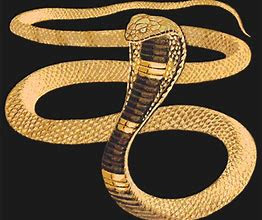 ​
BY NEWSANCHOR CORRESPONDENT
Stakeholders in the farming community of Trelawney in Mashonaland West province are demanding the immediate removal of a female teacher (name withheld) from Trelawney Primary School over allegations that she is initiating pupils into the dark world of Satanism.
It is alleged that the teacher has recruited several pupils to join the practice of Satanism, amid revelations affected learners were acting strange, with others mewing like cats or hooting like owls. Some reportedly go into hysterical trances. The teacher has mystic powers that she is seen in her classroom and at home, simultaneously, sources said.
As schools opened for the 2018 calendar last week, several pupils from the institution missed classes, with parents demanding the transfer of the female teacher to another school. Parents and guardians fear that their children could be initiated into 'blood-sucking' Satanism.
Acting Mashonaland West deputy provincial education director (Primary Schools), Peter Nizira confirmed the matter and said his ministry is seized with the matter.
"The ministry has forwarded a request to the Public Service Commission (PSC) to have the teacher moved," said Nizira.
"We, as the Ministry of Primary Education, do not employ teachers, so we don't have the mandate to transfer or move a teacher over such issues unless it has to do with misconduct over our statutes. However, we are very worried that children are being affected by missing lessons. We appeal to parents to allow children to continue with lessons whilst a solution to their concern is being sought," Nizira said.
Ward 34 councillor, Zandile Maseko said a solution to the problem should be found as soon as possible so that children continue with lessons.
"We need to find a solution so lessons could continue. I can't really comment on the spiritual side of the story but what is happening to the children is evident that the school needs help and parents should join hands and help in finding solutions to this problem," Maseko said.
Some parents vowed not to send their children to the school until the teacher is transferred.
Traditional leaders in the area, led by Chief Katizagombo, recently conducted a cleansing ceremony in a bid to rid the school of the evil spirits.
During the cleansing ceremony a dead snake which was reportedly used by the female teacher in her Satanism activities was found in her classroom cupboard. Some sceptics, however, alleged the so-called prophets had planted the reptile in a bid to hoodwink the public inorder to get a quick buck.
Observers accused the two 'prophets' who conducted the cleansing ceremony, which was also witnessed by this news crew, of stage-managing the stunt.-LOCAL