Home » Local » Youths urged to get into serious farming

Youths urged to get into serious farming 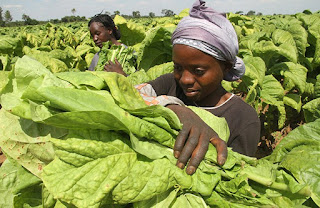 ​
BY NEWSANCHOR CORRESPONDENT
Youths must actively participate in agricultural activities by having access to land ownership, as the finite resource was the core reason why the indigenous Zimbabweans engaged in the liberation struggle against colonialists who had seized their birth-right.
Zimbabwe Liberation War Collaborators Association (Ziliwaco) provincial lands secretary, Charity Kaplin, made the clarion call at a two-day Mashonaland West Youth Seminar for the organisation's youth wing, Ziliwaco Trust.
Kaplin argued young people should be allocated land as some were sidelined at the inception of the land reform programme.
"Youths should take a leading role in developing this country especially in agriculture. I urge you to be really active in agriculture activities by owning your own piece of land," she said.
Young people were encouraged to apply for ownership of land as the current land audit had managed to expose multiple farm owners who would be forced to cede some of the farms for redistribution to deserving applicants.
"We won't allow someone to have vast tracts of multiple farms whilst others are landless, so we are going through a process of making sure no one has more than one farm," said Kaplin.
"You are the vanguards of this country sovereignty and you also need to be empowered by having land so that you can contribute economically to this country," she said
Speaking at the same meeting Allen Nemaunga, Ziliwaco Trust national chairperson, called upon the youths to be disciplined and follow the footsteps of their parents who successfully prosecuted the liberation struggle which brought the country's independence in 1980.
A participant, Obey Takaendesa Mashanda, urged the youths to be respectful of their parents and elders.
"Let us support the new government being led by President (Emmerson) Mnangagwa and let us be disciplined and avoid the behaviour of disrespecting our parents like what the likes of (former Zanu PF youth leader Kudzanai) Chipanga were now doing," said Mashanda.
Ziliwaco Trust is an body of children of war veterans who participated in the 1970s liberation war and seeks to instil revolutionary values in youths.-LOCAL.