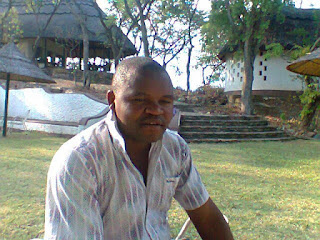 ​The suspect, Sgt Lameck Karombo in civilian attire
A rogue officer in Chinhoyi attested to the Zimbabwe Republic Police (ZRP) is reportedly on the run after diverting about $90 000 meant to pay officers who participated in the Biometric Voter Registration programme into his own account, before withdrawing part of the cash.
Mashonaland West provincial police spokesperson, Inspector Clemence Mabweazara could not be reached for official confirmation and more details.
Sources said the suspect, Sergeant Lameck Karombo (pictured), who was stationed at the Mashonaland West provincial headquarters as a finance assistant, transferred the money from the ZRP bank account into his Agribank account.
Some of the money has since been withdrawn from the account, leaving a balance of $13 000. Investigations are reportedly underway. TOP NEWS