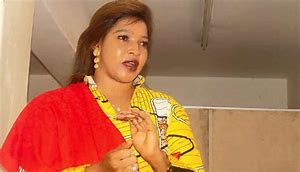 ​The late Morgan Tsvangirai's widow, Elizabeth
The late Movement for Democratic Change leader Morgan Tsvangirai's widow, Elizabeth, is reported to have kicked out Tsvangirai's children from the Highlands mansion which belonged to the former Prime Minister.
Elizabeth was humiliated by Tsvangirai' family throughout the funeral and burial ceremonies of her husband with Tsvangirai's mother, Lydia, openly saying she did not want to see her otherwise she would hang herself.
One of Tsvangirai's brothers said Elizabeth could not be given special treatment as she was just one of Tsvangirai's wives since he was a polygamist.
Tsvangirai had six children with his first wife Susan and there are reports that he had four other children with two other women.
Elizabeth confirmed with Voice of America's Studio 7 that she had barred some of Tsvangirai's children from the mansion because there was bad blood between her and several members of the family.
Tsvangirai's brother, Manase, said they are expected to discuss the matter as a family to resolve it amicably.
Elizabeth's lawyer Harrison Nkomo said there was need for the Tsvangirai family to respect her as she was still married to Tsvangirai before he died.-Online.