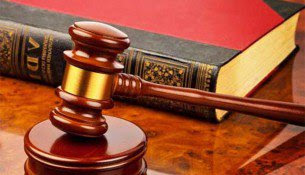 ​
BY ITAI CHARUMA
The chief executive officer of Windmill (Pvt) Limited, a top fertilizer distribution company, George Rundogo (50), has appeared in court for allegedly raping and impregnating his 15-year-old relative.
Rundogo was arraigned before Harare Magistrate Tilda Mazhande for initial remand and was thrown into custody for trial scheduled for April 3.
Accused was advised to approach the High Court for bail.
Rundogo reportedly lured the Form Three pupil to his Long Chen Plaza complex office where he handed her $900, saying it was for her upkeep, before raping her.
The prosecution led by Linda Gadzikwa alleged that on December 29 last year, at around 1pm, the victim received a phone call from Rundogo, who told her to come and meet him in town to get the cash meant for her pocket money.
The next day, the complainant met accused at Market Square in Harare and she was taken to his offices situated at Long Cheng Plaza.
While they sat in the office, accused handed the complainant $900 and told her that it was for her upkeep.
It is the State's case that accused went to another room and took out a mattress which he put on the office floor, before forcibly dragging the victim and raped her.
The complainant, who is a boarder, went back to school without telling anyone about the alleged rape.
On February 12, the victim confided in her class teacher and told her of her ordeal and was advised to report the matter to police, leading to accused person's arrest.
Complainant was found to be pregnant when she was taken for medical examinations to ascertain the alleged rape.  The pregnancy, which was as a result of rape, was later terminated lawfully. LOCAL NEWS.