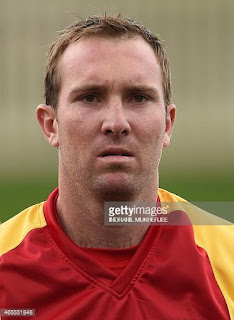 ​Brendan Taylor
FORMER Zimbabwe captain Brendan Taylor says senior players should take responsibility against the United Arab Emirates tomorrow in their last Super Six match at Harare Sports Club which will decide the Zimbabwe cricket team, the Chevrons' fate in their quest to qualify for next year's ICC Cricket World Cup.
Taylor, who struck a career 10th ton in a losing cause against the Windies on Monday, believes Zimbabwe are still poised to grab one of the two available tickets to England and Wales despite the four-wicket setback on Monday.
The 33-year-old wicket-keeper/batsman told reporters that the game against UAE was "basically a final" for Zimbabwe, which needs the home team to be at their best regardless of the perceived low profile of their opponents.
Taylor is convinced that if senior players, including Hamilton Masakadza, Craig Ervine, Sikandar Raza and Sean Williams find their groove, then the World Cup dream will be a reality by end of day tomorrow.-Online. SPORTS.