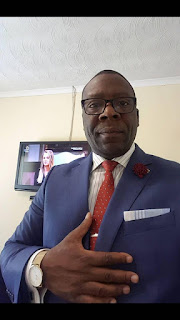 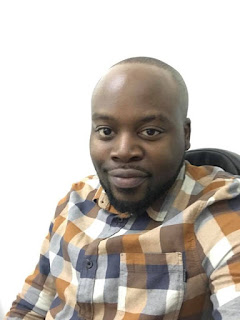 Kevin who was recently shot twice in Harare​

BY ELVIS DUMBA/ JAMES MUONWA
Zanu PF Hurungwe West legislator, Keith Guzah is reportedly neglecting his paternal role as a father to his injured son, who was recently shot in a gun war in Harare recently.
Guzah's son Kevin (age not given) who is based in the United Kingdom was an innocent victim after he was accidentally shot twice on the leg during an exchange of gun-fire between a gang of suspected robbers and Chinese nationals in Belgravia suburb.
Our NewsAnchor source averred the politician had turned a blind eye on the misfortune of his off-spring, who was shot alongside his girlfriend only identified as Kudzai, and has thrust all the burden of taking care of Kevin on the lawmaker's estranged wife, Zandile Maseko.
Maseko, at whose home Kevin is now recuperating following his discharge from hospital, is a successful farmer and councillor in Trelawney, Mashonaland West province.
She reportedly paid for the medical bills, while the MP never visited his son or bothered to pay for some of the expenses incurred during the period his son was hospitalised.
Guzah, who is also the Zanu PF Mashonaland West provincial vice chairperson and black empowerment lobbyist, went through a long protracted divorce with Kevin's mother as he tried to wrestle custody of the children as well as the family estate. Following his unsuccessful bid to usurp custody and the estate, the lawmaker reportedly cut communication ties with his family.
Kevin is reportedly unhappy with his father's conduct.
"Kevin is amused by his MP father's uncaring attitude. The politician has not shown any interest in the welfare of his own kith-and-kin, a son for that matter," said Maseko.
In a recent lengthy post on his Facebook page, Kevin, nicknamed 'Jay Swagg', wrote; "This past week has been more than a shock to me. I never thought I'd see the day where I get shot twice, let alone in Zimbabwe, as a result of mistaken identity. #Unreal
"At first I noticed that a lot of people thought I was indeed a part of the robbery and felt that I deserved to be shot! These are the shallow minded people who were quick to point fingers without any basis for their opinions. Those that were patient and sincere enough to wish me well through this time I just want to take this time to truly thank you so much for the support and prayers you guys sent me and Kudzai! It is a miracle that we made it out alive! It is God's grace that prevented this scenario from being fatal and I am so grateful and thankful to be able to send this reflection to you guys…
"I can't go too much into detail on what exactly happened because there is currently an open case and investigation underway, however, I can disclose the fact that the actual robbers were caught and are being reprimanded. My family and I are determined to ensure that justice will be served. There is a bigger discussion that needs to happen regarding all aspects of what transpired that night!
"I appreciate your involvement and unity once again. Thank you guys. God is great."
Guzah, who also had a stint in UK before his return to Zimbabwe, took over the Hurungwe West parliamentary seat from equally controversial politician-cum-businessman, Temba Mliswa, following one of the most violent and bloody by-elections ever witnessed in the country.
Efforts to get a comment from Guzah were fruitless as he had not responded to questions sent to his mobile number by the time of going to publication. LOCAL NEWS